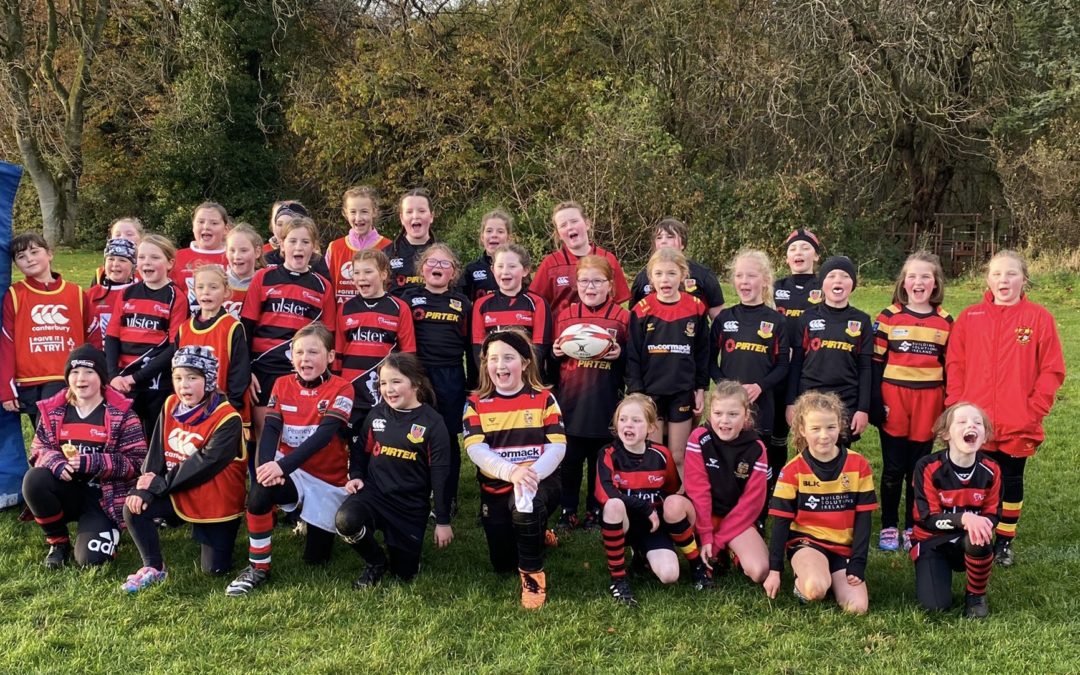 A FANTASTIC day of girls’ rugby was had by all in Ballymena on Sunday for our ‘Let’s Play Event’ BLITZ!

The club was packed full and the atmosphere was amazing!
After our Senior Womens Team was welcomed on to the pitch by a brilliant Guard of Honour made up of our U8/10/12s and once ko had started our U8s, U10s, U12s and U14s welcomed clubs from all over the province with over 150 girls out playing rugby!
Our U8s ‘Scallywags’ were full of enthusiasm when they got to play with girls from Limavady and Lurgan whom we were delighted to have join us in Ballymena!
Our U10s showed off their tackling skills and worked brilliantly as a team passing and calling for the ball and scoring lots of tries!
Our U12s showed their potential as a squad as they improved in their attack and defence over the course of their two games. Some of their defensive work against a fast-playing Civil Service team was fantastic!
A special mention has to go to Phoebe and Casey who happily joined Lurgan to boost their numbers for the final game! This is typical of the spirit and attitude of the U12s squad.
Our U14s enjoyed a very friendly game where the teams were mixed about throughout allowing girls from other clubs to play together. Considering how many players are new to the sport, there was some great tackling done and some very nice tries scored.
Everyone enjoyed delicious hotdogs and juice afterwards! A big thank you to Lisa, Ruth, Laura and Lyndsey for feeding the troops yesterday and for Monty and the team for supplying the food. Also, Steph who kept the cuppas coming from behind the bar!
We would like to thank all the clubs that joined us yesterday – Limavady, City of Derry, Lurgan, Civil Service, Finn Valley, Ballymoney, Portadown, Armagh, Larne, Ballynahinch, Ards and Ophir.
A special thank you must go out to our referees for the day especially Kevin Gallagher, our W&Gs Participation Officer, who joined us on the day.
It was brilliant to see the next generation of girls’ rugby out on the pitches together!

We are all looking forward to the next Let’s Play Event!! 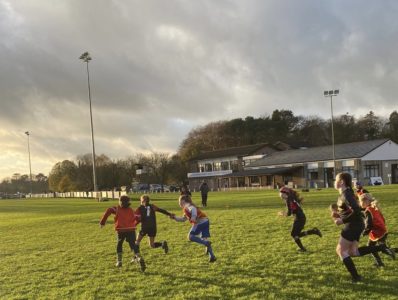 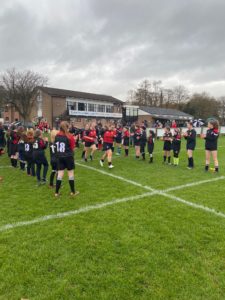 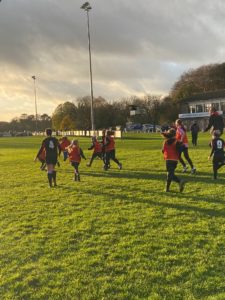