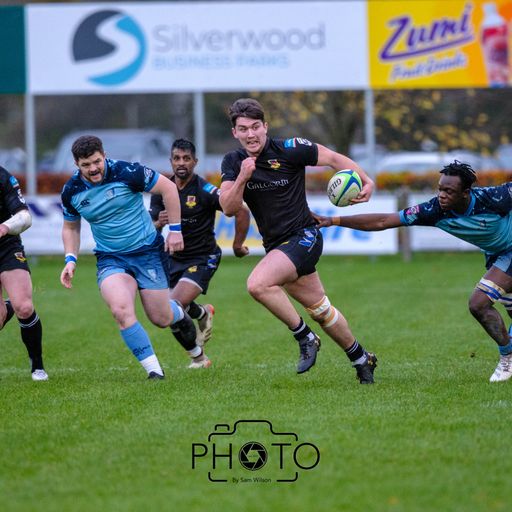 Ballymena went into Saturday’s visit of Barnhall missing 5 of the previous weekend’s starting team through a combination of injuries and suspension. Despite the changes, the home side put in a gutsy display in a game that many in the crowd believed Ballymena should have won.

Barnhall opened the scoring with a well executed maul from a lineout 10m put and Callum Patterson responded quickly showing his strength to power through the Barnhall defence from close range for a try.
In an even first half, defences dominated and scoring opportunities were at a premium. Ross McKay traded penalties with Barnhall outhalf Adam Chester to leave the half time score at 10-10.
Head coach Andy Hughes’ half time team talk will have focused on controlling territory and possession with the wind in Ballymena’s favour in the second period. They did this to great effect and controlled the game for most of the half.
Ballymena scored 11 unanswered points, giving them a 21-10 lead going into the last 15 minutes. First, captain Glenn Baillie scored in the corner after a multi phased and patient build up saw the ball spread to the wing. Baillie used his pace to good effect to finish the move. McKay added two further penalties to put the home side into a commanding position.
The game seemed to turn on a harsh refereeing decision 15 minutes from time. Ballymena’s James Howe was sent off for a second yellow card offence. What appeared to be an excellent tackle from a kick chase was deemed to be high and Howe’s dismissal meant Ballymena had to see out the game with 14 men.
In the final period, Barnhall used their numbers advantage to good effect, dominating possession and scored their second try from a lineout closing the gap to four points with 5 minutes remaining.
With the last play of the game, the visitors broke through a tired defence, scoring in the corner after some fine handling to leave the final score at 22-21 to Barnhall. 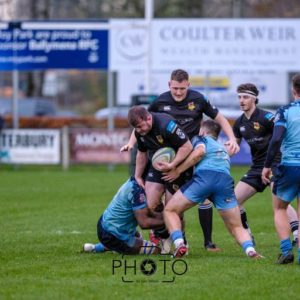 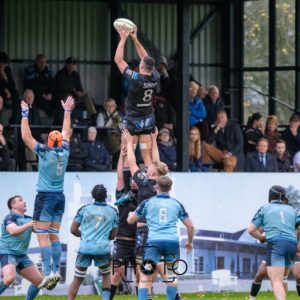