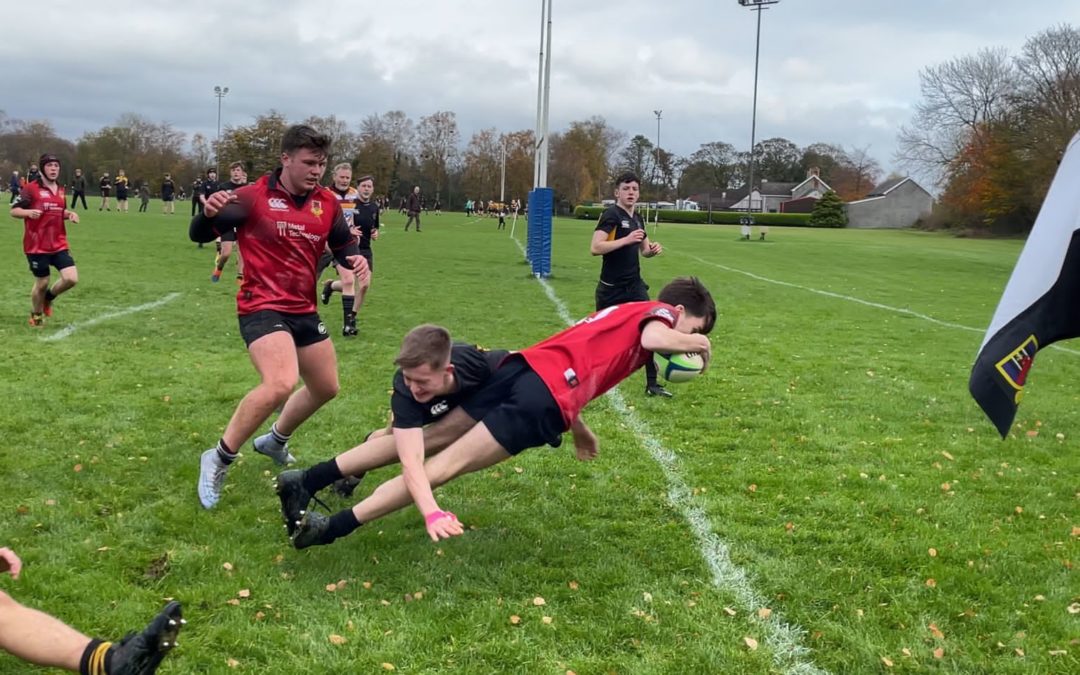 Ballymena U18s made it 3 wins in a row with a decisive win over Letterkenny this weekend.  A warm Autumn day encouraged both sides to play open rugby with ball in hand and it proved to be an entertaining spectacle with a number of tries scored.

Ballymena opened the scoring early through second row Zach Carmichael on 7 minutes with number 8 Crag Houston crashing over 5 minutes later for try number 2.  Illness and injury had hit the Ballymena team and influential fly half Ben Robinson was forced to leave the pitch half way through the first half, but the Braidmen’s attack structure held its shape with dominant forward pods making inroads through the Letterkenny defensive line before releasing the backs to exploit the room on the wings.

Ballymena’s territorial advantage and handling lead to another try for Carmichael on 19 minutes and was reward to some excellent play.  Letterkenny themselves asked questions of the home side and were keen to play running rugby which tested Ballymena’s defence, however handling errors hampered their progress on a number of occasions.

The pattern of the second half was much the same, however Ballymena pushed home their advantage.  Tries from wing Daniel Kelly and scrum half Ryan Thom dented any hopes that Letterkenny may make a come back and the home side further pressed their advantage through 2 tries from Max Mitchel and Craig Houston and Ben Shaw stepped in to kick a number of conversions. 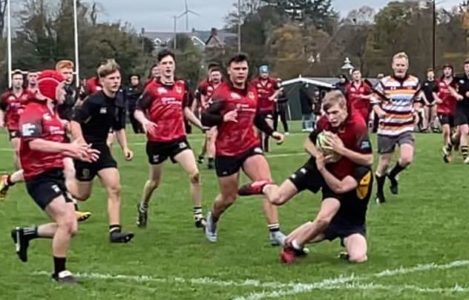 Conor Crabb gets hauled down in full flight