Women’s U16s and U18s Play Under Lights at Eaton Park 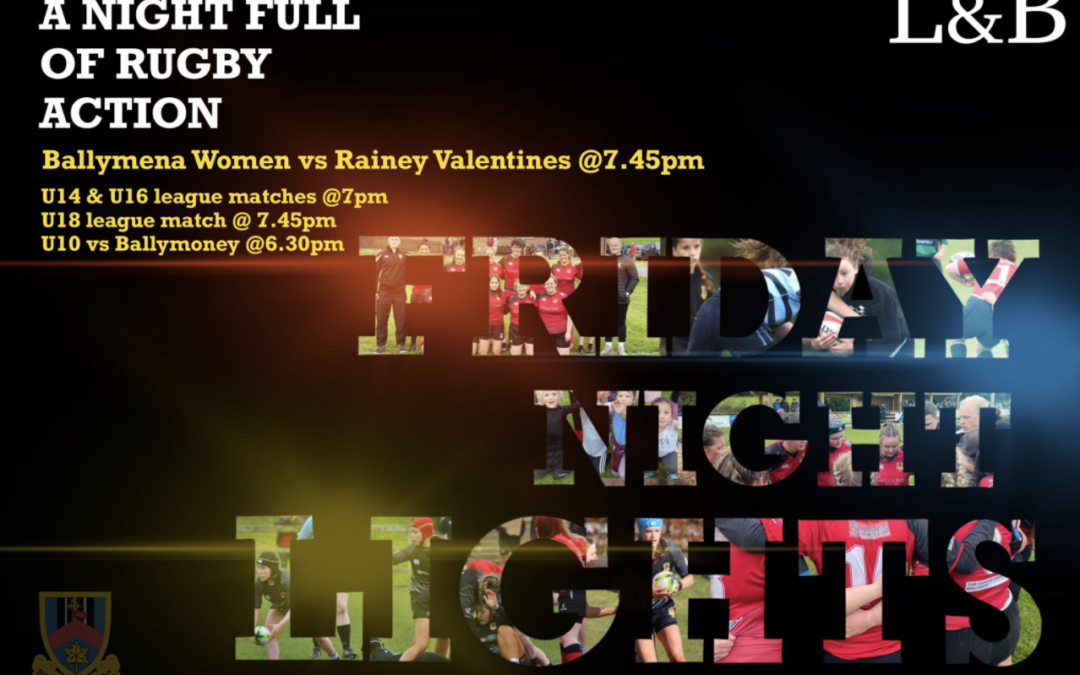 The Ballymena’s U16s women’s team entertained their near neighbours Ballymoney under the lights at Eaton Park on Friday evening.

Joined by their friends from Coleraine RFC and Rainey RFC, both squads entertained the sizeable crowd to some fantastic phases of attacking rugby.

The visitors ability to look after the ball at the breakdown proved to be the difference between the two teams as they ran out eventual winners 40 points to 20.

Special thanks to both squads and their supporters, as well as Ulster Society Referee Hollie who facilitated an entertaining and fast paced game of rugby.

Next up was the undefeated U18s who welcomed the combined team from Ards, Ballynahinch, Cooke and Donaghadee. The home team where again joined by their friends from Rainey and Ballymoney and continued with their usual exciting brand of rugby.

The visitors used their speedy back line at every occasion but time and again were kept at bay by the determined home defence. Ballymena kept the scoreboard ticking over as they shared the tries between forwards and backs.

By half time the 40 point mark had been met but credit to the visitors who wanted to continue to play as a team and the girls from Ards/Ballinahinch/Cooke/Donaghadee kept going and were rewarded with the last score of the night in a match that finished 70-10.

Handshakes, hugs, smiles and photos concluded the events on the pitch before all players retired back to the clubhouse for some hot food and friendship.