U18s get back to winning ways 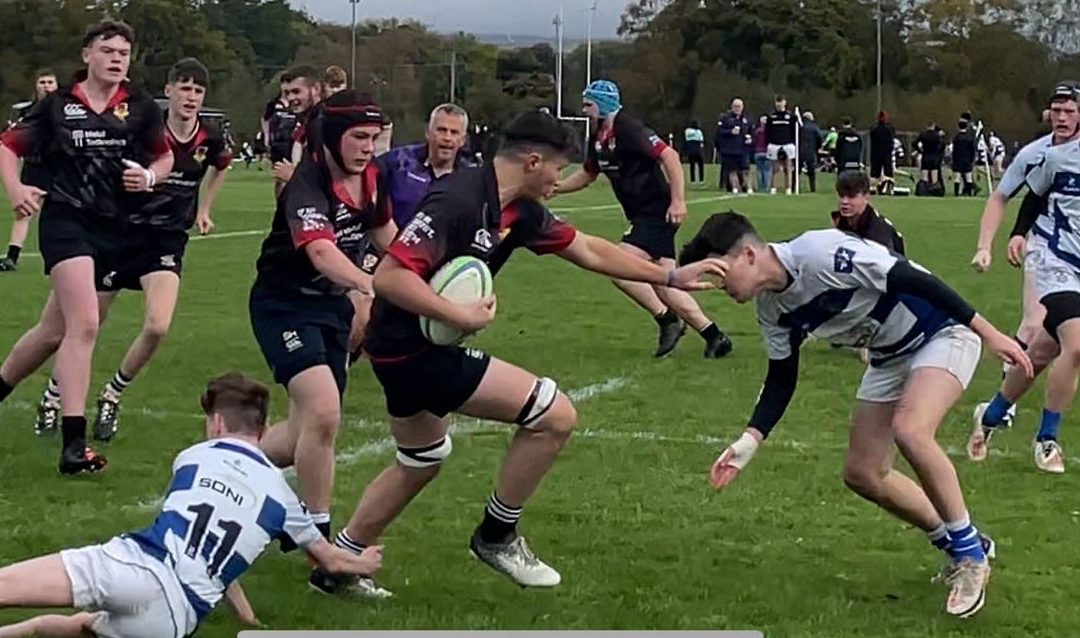 Ballymena u18s took on visitors Dungannon on Saturday 15th October at Eaton Park.  The home side started brightly with the pack carrying well which gave them good field position in the opening minutes.

On 6 minutes this territory was rewarded with a ball moved wide from a Ballymena attacking scrum, wing Daniel Kelly crossing the line for his first try in competitive games.

Ballymena looked set to add to their tally, however a series of penalties from infringements at the breakdown forced the home side back from the Dungannon half all the way to their own 22 where they did well to repel continued attacks, eventually forcing a knock on and Robinson cleared from the resulting scrum.

The home side then got into their stride again and worked their way up field – good through pods and big carries only for handling errors on the Dungannon line preventing another score for the Braidmen.

The second half was more of a fractured affair with lots of infringements at the breakdown, Ballymena’s indiscipline finding themselves on the wrong side of the whistle.  But in attack the home side still looked dangerous and on 57 minutes hooker Stuart Holding drove over the line from a quick tap and go penalty and a series of carries to double the score line.

Dungannon played their way back into the game with a penalty kick on 63 minutes, getting a foothold in the game only for Aidy McSparren to score in the right hand corner following a scrum penalty, the backs moving the ball quickly through their hands to put the winger in.

In the closing minutes Dungannon came back strongly and laid siege to the Ballymena line, Ballymena defended through countless phases, but constant infringements and penalties eventually led to a Dungannon try – the visitors taking a tap penalty then moving the ball blind after several carries.

Dungannon converted 1to make the score 15-10 at the final whistle.  Ballymena will be pleased with the way they kept their attacking shape in the game, they were a constant threat but errors and indiscipline around the breakdown stifled much of their good work.

Daniel Kelly runs in his and Ballymena’s first try. 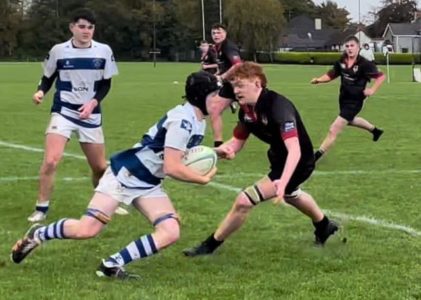 Kevin O’Boyle clashes with his opposite number