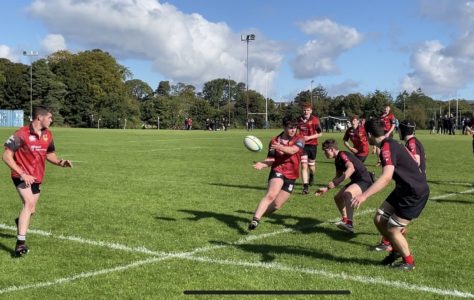 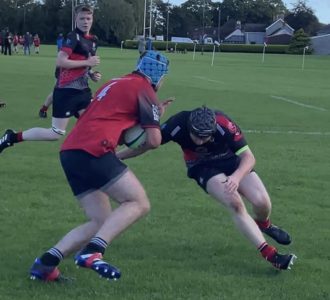 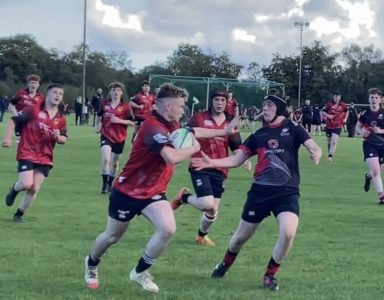 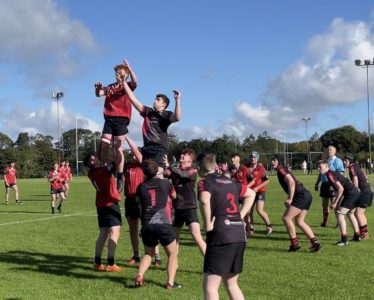 Saturday 24th September saw the opening league games of the U18s season.  On a sunny autumn morning at Eaton Park Rainey posed the first opposition for the Braidmen.

The opening exchanges of the game saw Ballymena dominate territory and possession but both teams produced a series of early season errors which lead to a disjointed 15 minutes of play with a number of unforced errors and turnovers.  But the opening exchanges did not lack effort and Flankers Zach Carmichael and Kevin O’Boyle were a constant menace at the breakdown and put pressure on any possession Rainey were able to get.

Ballymena’s territorial dominance yielded the first try of the game for centre Aidy McSparren who went over in the corner following a number of phases of play with strong carries by Holding, Houston and Armstrong followed followed by Ben Robinson releasing the backs in the opposition 22.

Rainey’s attack tested the home sides defence in tight and out wide but Ballymena’s defensive line worked hard and tackled with ferocity to quash the visitor’s advances.  Shaw made a number of tackles from his wing and won an excellent turnover ball to give Ballymena possession back.

The next score came from Ballymena number 8 Craig Houston following a line break by hooker Stuart Holding.   Robinson added the conversion to make the score 12:0 at half time.

The second half saw Ballymena a man down, but the team showed determination and once again dominated territory at the start of the second half, an attacking line out in the Rainey 22 gave Ballymena good field position and the forwards fashioned an excellent attacking platform which was taken advantage of by second row Timmy Carson as he crashed through the Rainey defence from close range for try number 3.

Rainey then came back into the game and camped in the Ballymena 22 for the next 10 minutes with the hosts unable to clear their lines.  A strong defensive set through multiple phases with strong tackling from Wylie, Holding, O’Boyle and Mitchel amongst others eventually forced Rainey into a handling error and quick thinking and a dummy pass by fly half Robinson saw him run the length of the field to score Ballymena’s fourth try on 56 minutes.

Following the restart Ballymena looked dangerous in attack with the forwards going through multiple phases and created overlaps which were often not taken advantage of. But on 65 minutes quick thinking by scrum half Ryan Thom at the breakdown saw him spot space near to the ruck and dart over for the final try of the game.

Overall a strong determined performance by the team who have a solid base to build on for the rest of the season.