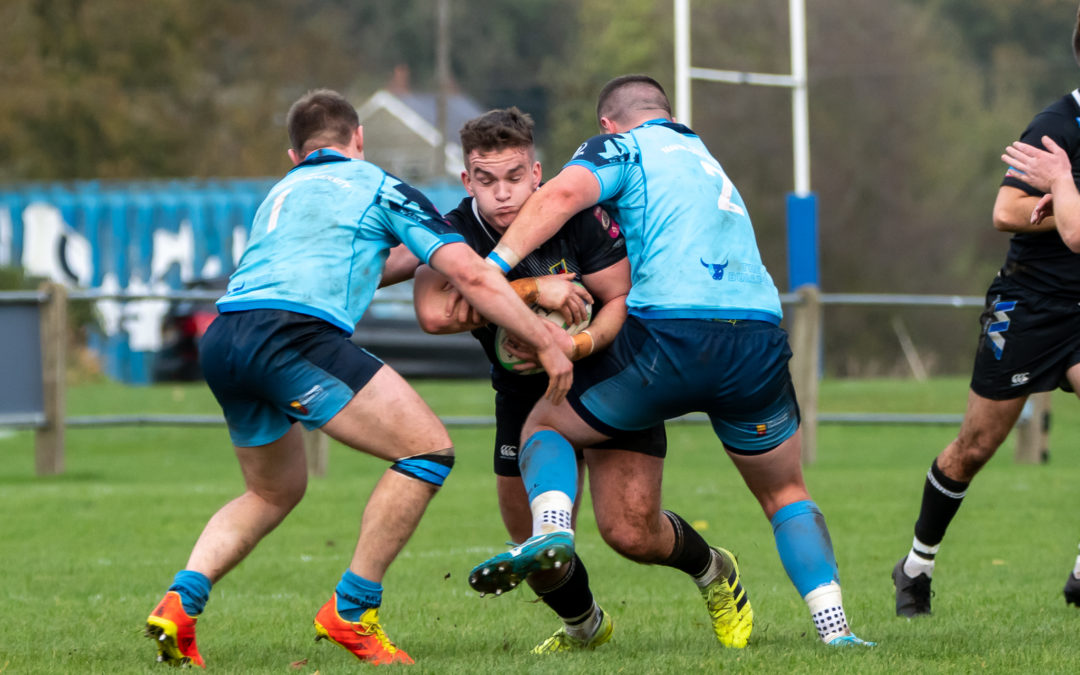 Ballymena’s AIL campaign came to a shuddering halt on Saturday as they were dispatched 82-14 by Queens in their semi-final play-0ff.
It was a sorry end to the Eaton Park men’s season as they were handed a lesson by the rampant students. John Nicholls’s men could not leave with the pace and quality of the Belfast side and were mercilessly been by the massive scoreline.
Queens played the game at a hectic pace and it was too much for the men in black to deal with. Having said that the young Ballymena side had acquitted themselves well this season to finish fourth in the league standings and should be proud of their efforts this season.
Nicholl’s men are a young side and the experience they have gained this season will stand with them in the long term. They will have learned loads from this season and all the players have been on a steep learning curve this season.
The game at the Dub didn’t start or end well as Queens took the lead in the 15th minute through a converted try.
Seven minutes later they extended that lead as they scored another converted try and Ballymena could sense they were in for another long afternoon.
The home side extended their lead as McLoughlin got over for a soft score to make it 21-0.
Ballymena then put pressure on the Queens line but the students broke to score a good try through McKee./
Queens then made it 35-0 as McKee finished off another free-flowing move from the students as Ballymena struggled to cope with the pace and speed of the opposition. That was the final score of the half and hopefully, Ballymena would come out all guns blazing in the second half.
Sadly that was not the case and Queens extended their lead two minutes after the break as Angus Curtis crossed to score to make it 42-0.
The afternoon got worse for Nicholl’s men as Johnstone crossed for the students from close range to make it 49-0.
The home side extended their lead in the 49th minute as Heath cut a superb line to score. This was quickly followed up by another try from Curtis to make the score 63-0 nil to the Belfast side
Ballymena struck back with a try but Queen’s hit back straight away with a try from Curtis.
In the 77th minute, James McCormick went over for a try for Ballymena but the men in black still trailed by 68 points to 14.
However, Queens were not finished and scored a couple of more scores before the final whistle was thankfully blown.
It was a tough day at the office for Ballymena but a fourth-place finish in the league was a job well done.
Queens: Orr, Martin, Heath, Johnstone, Curtis, McMaster, McKee, McGrath, Polock, McLoughlin, Whitten, Irvine, Millar, Clarke, Sanderson.
Subs: Lupaeri, Long, Wilson, Philipson, Dillion, Humphreys, Hunter, Power.
Ballymena: Corr, Ervine, Thompson, Crowe, Millar, McKay, Baillie, McKee, Lamont, McNabney, Campbell, Browne, Mawhinney, McCormick, Ferguson.
Subs: Mark, Donald, Taggart, J Browne, Howe, Wright, Ritson, Vance.
Share: