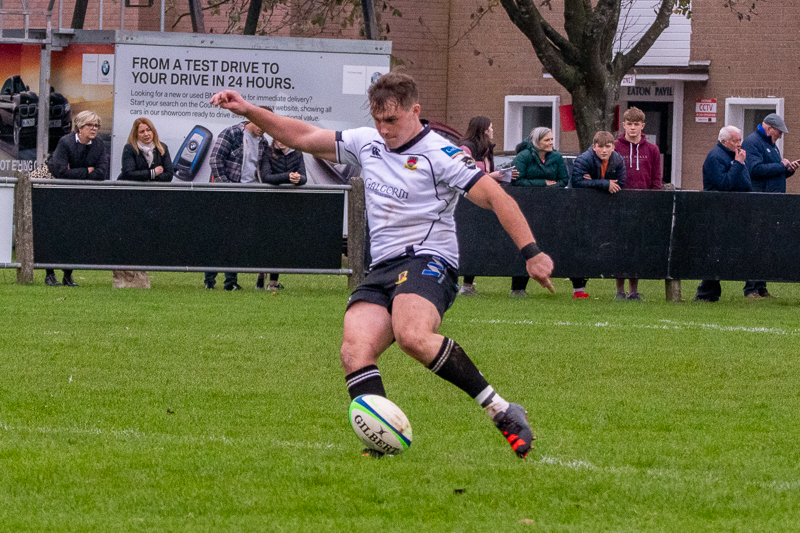 Ballymena returned to Ballymacran Park in the 2nd XV league, looking to avenge their Town’s Cup defeat from Saturday.
The game started as a cagey affair, Ballymena playing towards the clubhouse, went through a number of phases but were met with excellent Hinch defence and the scores remained 0-0 for the first 20 minutes. Ballymena then made a number of handling errors and this allowed Hinch to come into the game and they scored 2 tries from Ballymena mistakes and took a 12-0 lead into half time.
Ballymena continued to make mistakes at the start of the 2nd half and Hinch added another try on 50 mins for a 19-0 lead and it looked a long way back for Gareth Fisher’s side. Although soon after Simon McWhirter caught the ball off the back of a lineout and barged his way over for a try. Sam Millar kicked the conversion to move the score to 19-7.
The purple patch for Ballymena continued and after a number of pick and go carries from the forward pack, blindside flanker Ryan Mattison dived over. Again Millar kicked the conversion to move the score to 19-14.
Ballymena’s tails were up and they began to put Hinch under considerable pressure with excellent phase play. This lead to Oisin Jordan, on debut, making a break through the middle of the defence and he drew the fullback to send Jack Lewis under the posts. Conversion good and Ballymena led 21-19 with 10 mins to go.

Hinch threw everything at Ballymena, who led by Patrick Hargy defended brilliantly and kept Hinch at bay. However an infringement by Ballymena gave Hinch the chance of a speculative penalty which fell short. Unfortunately for Ballymena the ball was not secured and this gave Hinch a scrum and one last chance to win the game. Though Ballymena defended manfully again and the ball was lost by Hinch resulting in celebrations for the Ballymena side. The seconds take on Armagh in their next league game, looking to cement their place at the top of the league.