18s win in first round of cup 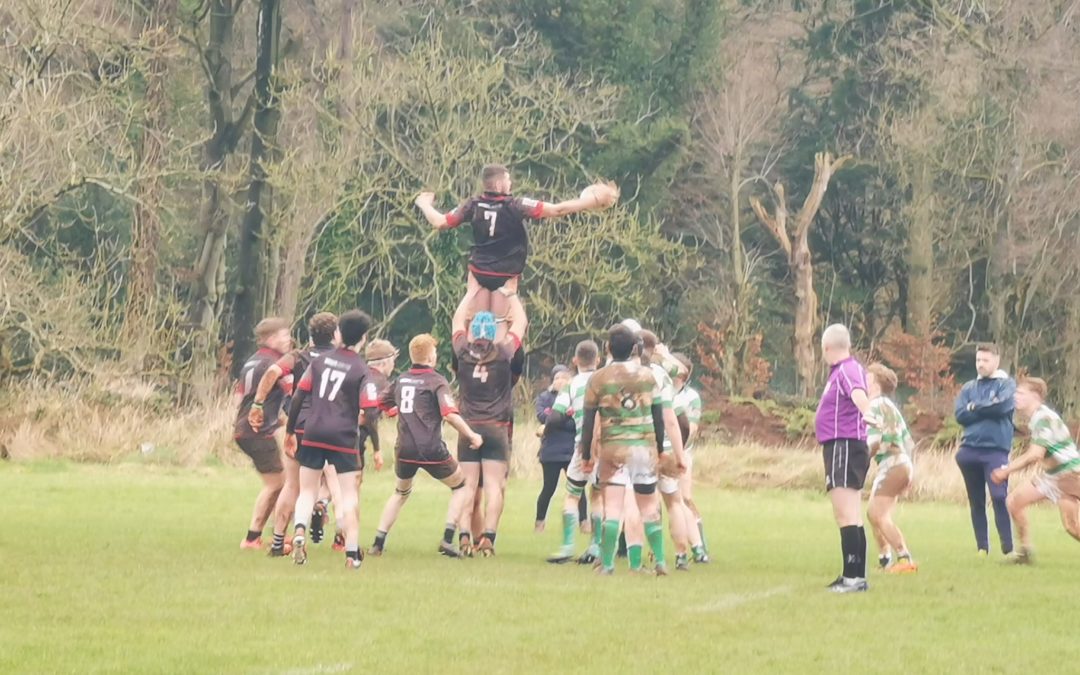 After a successful and undefeated league season Ballymena U18s started their cup campaign against Omagh RFC at Eaton Park. The game was played in excellent spirit between an injury hit Ballymena side and a young Omagh team who had finished second in their league.

The game was evenly poised for the first 10 minutes with the visitors kicking long to gain territory and pressure the Ballymena back 3. On a cold and damp morning the home team were guilty of a number of handling and breakdown errors which meant that the game was fractured with few multi phase plays giving Omagh both possession and territory.

In form full back Mark McSparren was unfortunate to have to be taken off the pitch early with a serious ankle injury and was replaced with Rhys Thompson – who started the scoring with a close range dart over the line following a backs move, converted by O’Rawe.

The Braidmen were missing a number of players, especially in the pack, but Heggarty and Crabbe seized their opportunity for a start and worked hard all around the pitch to support their team.

Ballymena started to play with a little more rhythm and prop Callum Gatt crossed the line on 20 minutes to score the second try, a rolling pick and go from the forwards.

The third score was an excellent team try and came from an Omagh free kick, fielded by the backs and offloaded through a number of hands before dynamic hooker Ryan McCartney scored, O’Rawe added the extras to take the score to 21-0 at half time.

The second half was another fractured affair with the referee penalising a number of infringements, but Ballymena were still dominant and the next score came from a characteristic driving line out maul, captain Jack French peeling away with the support of Ryan MCCartney to touch down on 40 minutes.

The game continued to ebb and flow with Omagh kicking for territory and Ballymena trying to play through phases, and pressure in the Omagh 22 led to the next score, replacement scrum half Conor McQuillan making a dart around the blind side of the ruck before drawing his man and putting winger McCann through to beat his man and score try number 5.

Omagh were rewarded for their fighting spirit and endeavour on 60 minutes when they broke free down the left wing, sucking the defenders in towards the ball carrier and creating an overlap allowing the winger to score in the corner taking the score to 33-5.

But the Braidmen bounced back and centre Read picked up a loose ball from the floor in the Omagh 22 and rode a tackle from the scrambling defenders to touch down. Straight from the restart Ballymena scored the pick of their tries, full back Gaston scored following a strong run by Carson, quick ruck, a carry from Crabbe followed by a series of quick recycled ball in contact before Gaston scored in the corner, a true team try.

A great start to the cup run for the home team who will face tough opposition in Rainey in round 2.