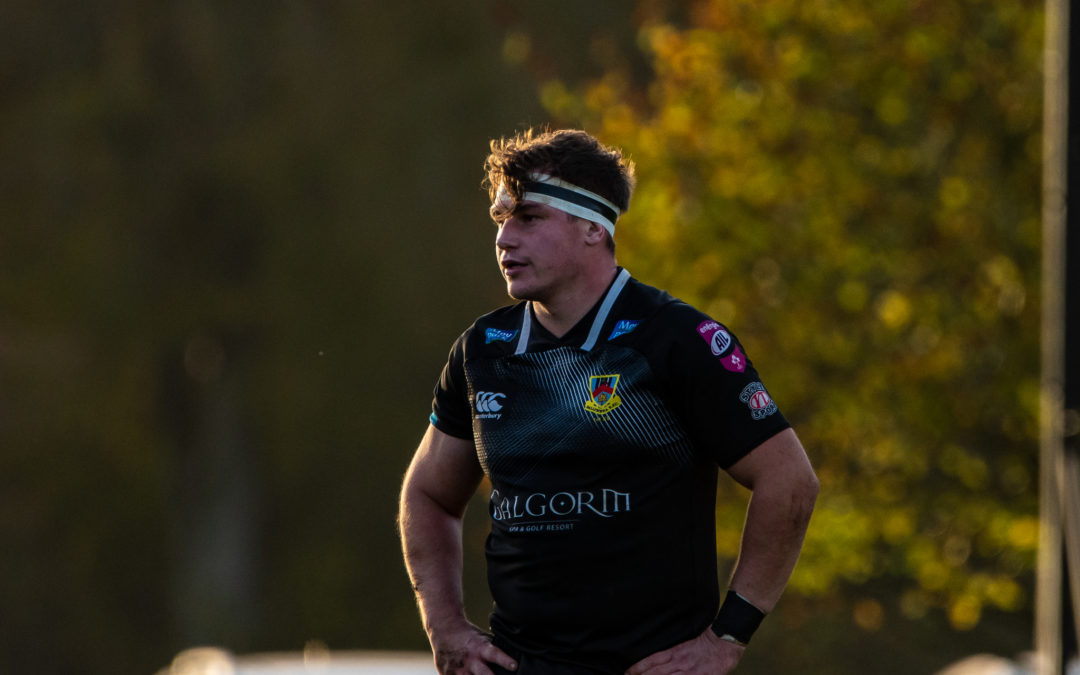 Ballymena made it two wins from two in the 2nd XV league with a bonus point win away to Omagh.
Paddy James opened the scoring driving over from close range after good phase play from the forward pack. Sam Millar kicked the conversion for an early 7-0 lead. Omagh to their credit hit back instantly with a penalty to leave the score 7-3.
The next score was from George Hargy after a well set maul. Conversion missed for a 12-3 lead.
Hargy got his second of the night soon after. Again after some excellent phase play the Omagh defence ran out of numbers for Hargy to dot down in the corner. Touchline conversion good for a 19-3 lead.
Some excellent Ballymena defence repelled an Omagh purple patch and the half time whistle went at 19-3.
The second half began with persistent Ballymena pressure and after a number of penalties conceded Omagh were reduced to 14 men with a yellow card. Soon after George Hargy drove over for his hat trick and the bonus point try.  Conversion missed for 24-3.
Try of the night came from Louis McGuckian after Sam Millar shredded the Omagh defence with a clean line break and floated a pass to McGuckian for an easy run in. A successful conversion left the score 31-3.

In the final play, after an Omagh scrum, openside Matthew Dick reacted first to the loose ball to score. Sam Millar kicked the conversion for a final score of 38-3.