U18s Through to League Play Off Final 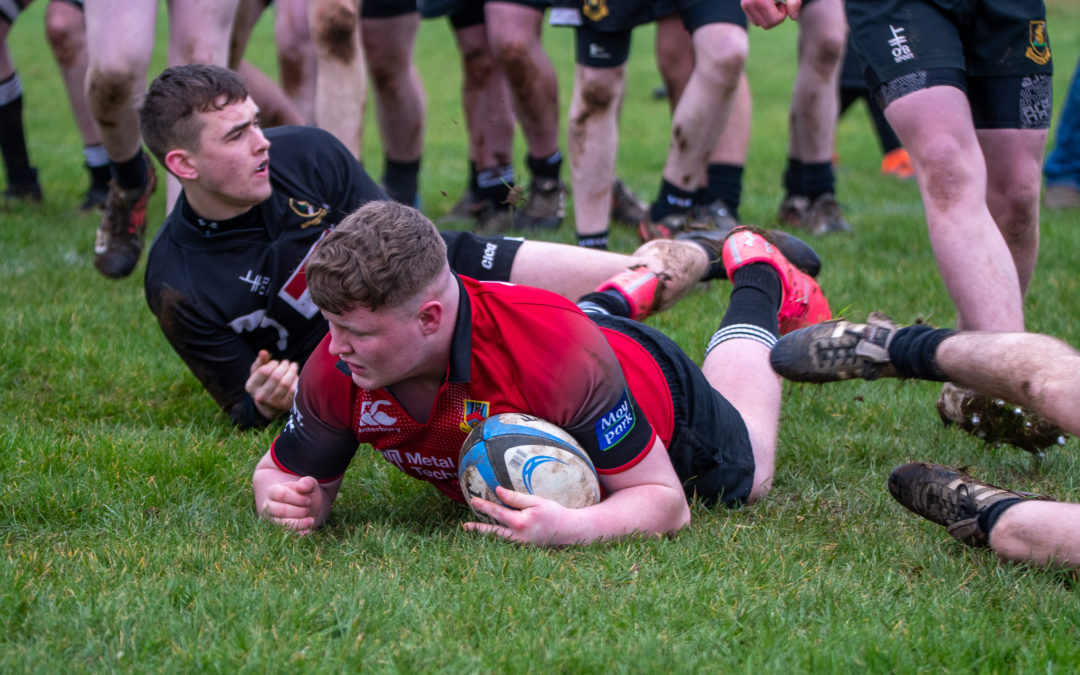 Ballymena U18s have reached the Ulster Carpets league Play off final after a convincing win against Virginia on Saturday.

From the whistle Ballymena were on the front foot taking the contest to Virginia and their early possession and territorial advantage was rewarded when a driving line out maul earned them a try after 5 minutes, Jack French touching down for the points.

The game was keenly contested by both teams and a number of infringements around the breakdown led to constant interruptions and both sides struggling to go through phases; but when the Braidmen did manage to go through phases of play they looked dangerous and the next try proved the point with the pack winning a scrum in the opposition half and the backs making good ground in the midfield before taking it into contact, the forwards won the resultant ruck and big carries from Carson and Houston made more ground before O’Rawe released the backs who created an overlap for outside centre Jack Gaston to exploit and touch down for try number 2.

Try number 3 came from a similar patter n of play with hard carrying forwards Addison, McCartney and Shaw all hitting good lines before Thom whipped a quick ball out to the backs who created an overlap for flying winger McCann to score the first of his 3 tries.

The second of McCann’s tries came from a line out which was well won by Surgeoner towering above the opposition and swift hands through the backs created room on the wing for McCann to use his pace again to outrun the defence.

Virginia may consider themselves unlucky not to score in the final few minutes of the first half as they camped in Ballymena’s 22 and the home side guilty of giving away a string of penalties; but stout and determined defence repelled Virginia’s attacks and the home side turned the ball over to clear and see in half time.

The second half was a more scrappy affair with constant infringements by both teams.  Virginia changed tactics and put up a number of high kicks to test out the Ballymena back 3 who coped very well.  From one of these high balls Mark McSparren called for the mark and saw an opportunity to kick long into an unoccupied area of the pitch for McCann to chase and the ball sat up well for him as he caught it and continued his run to score his third try.

but they continued to defend very well and Virgina were never able to get into their stride.

Ballymena’s ranks were freshened with forwards Crabbe and Heggerty coming off the bench and Thompson, McQuillan and Mitchell came on to reinforce the backs. This gave fresh impetus to the team and Carson crossed the line following a clean break and then close range drive from a ruck in the Virginia 22.

The backs constantly looked to be a threat with ball i

n hand, and with replacement fly half McQuillan picking out his passes centre Thompson punched a hole through the Virginia mid field to take the score to 43-0.

The under 18s will now join the U14s, who won their play off last week, in the League Cup final on Saturday 29 January. 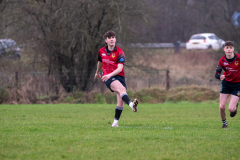 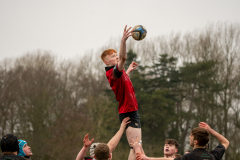 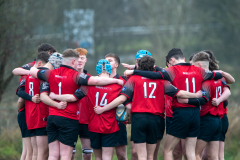 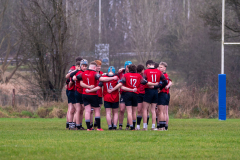 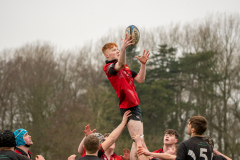 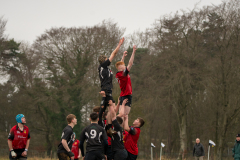 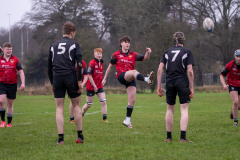 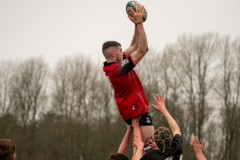 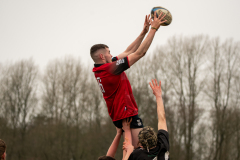 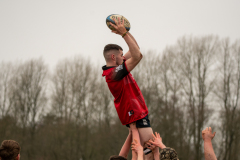 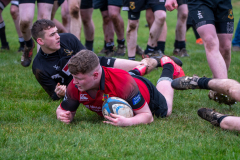 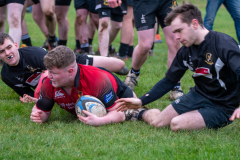 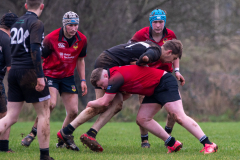 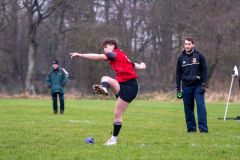 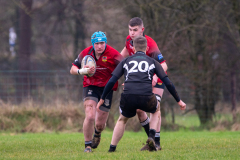 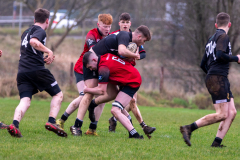 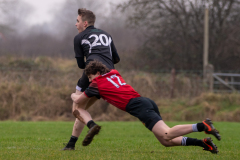 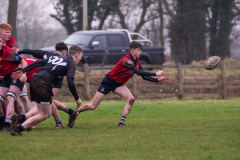 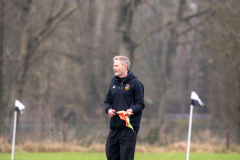 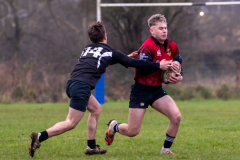 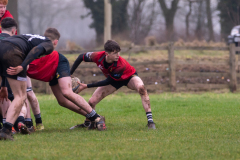 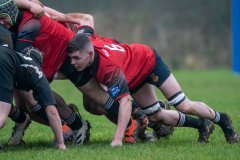 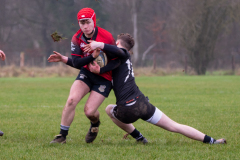 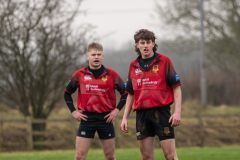