2s off to a winning start in Towns Cup 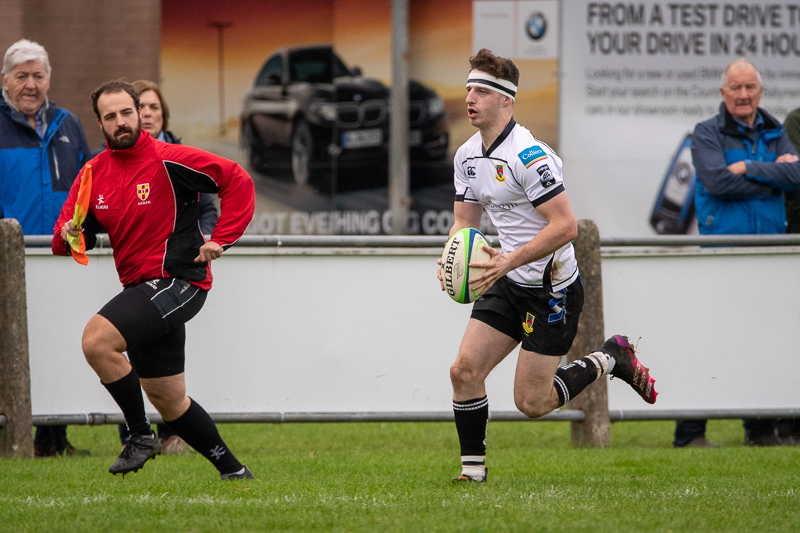 Ballymena RFC’s 2XV beat Randalstown in the first round of the Towns Cup on an overcast, grey afternoon at Eaton Park.

Randalstown began to get a foothold into the game as Ballymena defended their try-line resolutely. Half an hour into the game, Randalstown scored a converted try, reducing Ballymena’s lead to 7 points.

Before the end of the first half, Ballymena’s Ervine executed a well-timed run, winning a penalty. Ritson converted, taking Ballymena’s lead to 16-7 at the break.

At the beginning of the second half, both sides shared possession with Ballymena’s best chance caming from a pair of good runs from Smyth and Montgomery, winning Ballymena a scrum.

On the hour mark, Ballymena’s Wallace scored a try, with Ritson scoring the subsequent conversion, taking the score to 24-7.

Randalstown threatened and a good run from won a free-kick, which went out for a line-out however Ballymena defended their try-line successfully.

A Randalstown line-out led to another try, which went unconverted. Ballymena threatened to extend their lead with two well executed runs from Montgomery and Ervine leading to a scrum. Ballymena’s Henry went on a good run, but dropped the ball, leading to a sigh from the travelling Randalstown support with the match ending 24-12 to Ballymena