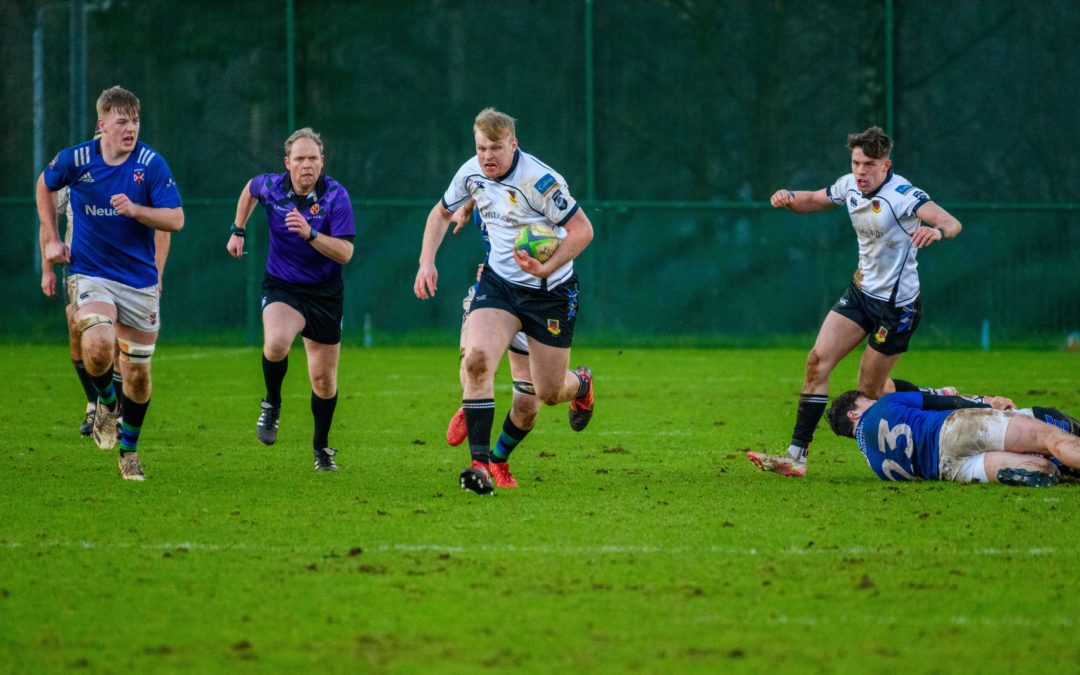 It was a busy old Saturday at the Dub making it a nightmare to get parked and lug the old camera equipment about in waterproofs and several layers of thermals. Despite the exercise and extra clothing I was still freezing covering this one as Queen’s entertained AIL 2A rivals Ballymena in the opening round of the Ulster Senior Cup.

However, with Ballymena doing well of late in the AIL and what looked like a strong team named I was expecting the activities on the pitch to warm things up.

Unfortunately for the visitors they never really got going in the first half and Queen’s were on the scoreboard after three minutes with a well taken try out wide from Ben Heath, playing in the centre for the students. Ritchie McMaster added the conversion and Queen’s led 7 – 0.

Queen’s continued to apply the early pressure and they were on the scoreboard again seven minutes later with Harry Long grounding the ball after an impressive driving maul from an attacking lineout. McMaster was again accurate with the boot to give Queens a 14 – 0 lead after 10 mins.

Ballymena started to get into the game but they had to settle for a penalty from Tim Small after a period of pressure in the Queen’s half at the end of the first quarter to take the score to 14 – 3.

The second quarter was fairly even as Ballymena began to hit their straps but Queen’s always looked dangerous with ball in hand and they finished off the half with an unconverted try out wide from Ben Power to take the score to 19 – 3 at the break.

The home side started the second half strongly and had a try disallowed before Power went over for his second, minutes into the second half, and with the score at 24 – 3 it looked a long way back for Ballymena.

Queen’s went on to score three more unconverted tries with Ballymena scoring one through winger Matthew Corr. Small added the conversion to give a final score of Queen’s University 39 Ballymena 10. 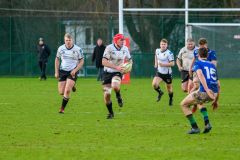 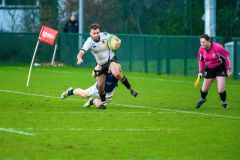 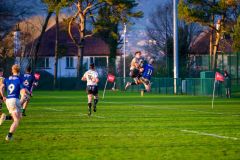 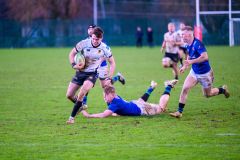 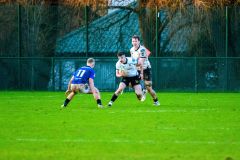 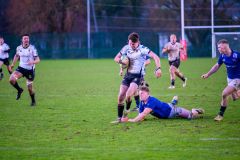 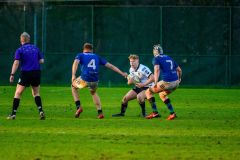 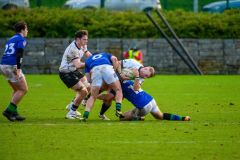 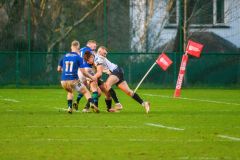 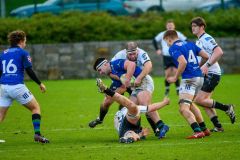 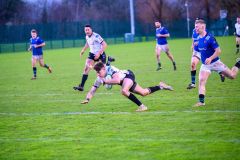 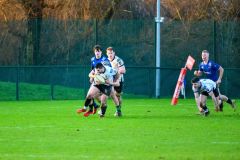 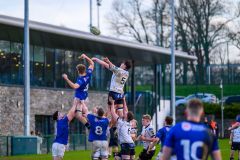 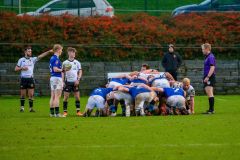 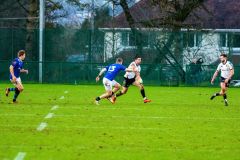 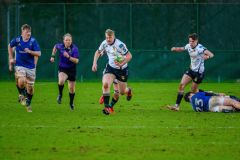 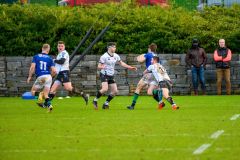