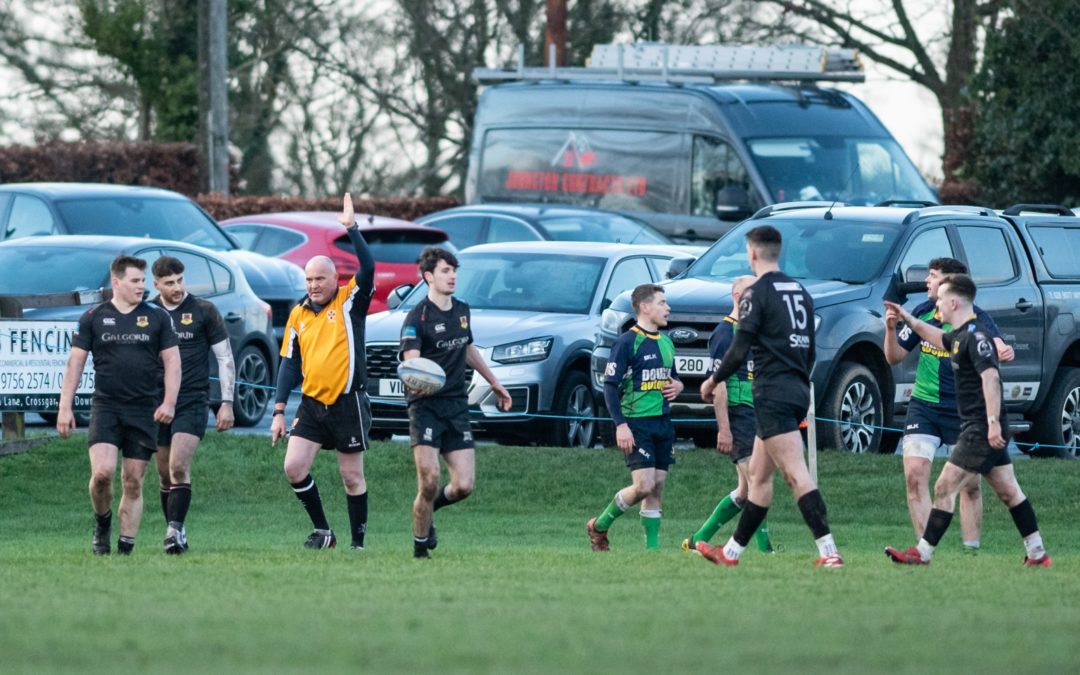 8/1/22
Match Report. Ballynahinch 4s 3- 20 Ballymena 3s
Ballymena 3s advance to the second round of the Forster Cup with a well earned 20-3 victory over Ballynahinch 4s at Ballymacarn Park in typical blustery conditions on Saturday afternoon.
Playing against the wind in the first half, the Braidmen were not disheartened to go to the break only 3-0 down, showing resilient defence on several occasions to keep the hosts at bay,  only 1 breakdown infrigment proving the difference to give Hinch the narrow lead at half time.
With the wind at their backs in the second half and youth on their side, Ballymena really turned on the heat and immediately started to dominate in term of Territory and possession. 3 Tries through scrum half, Ben Scullion, Wing Peter Munce and 3s Team Captain Conor White, as well 5 points from the boot of Fly Half, Louis McGuikan gave the 3s a fantastic 20-3 victory.

It is never easy to come to Hinch, and get a win so the 3s will take massive confidence into the next round of the Forster Cup and the rest of the season. Thanks to Ballynahinch for the warm welcome and another tough battle between the two Clubs.