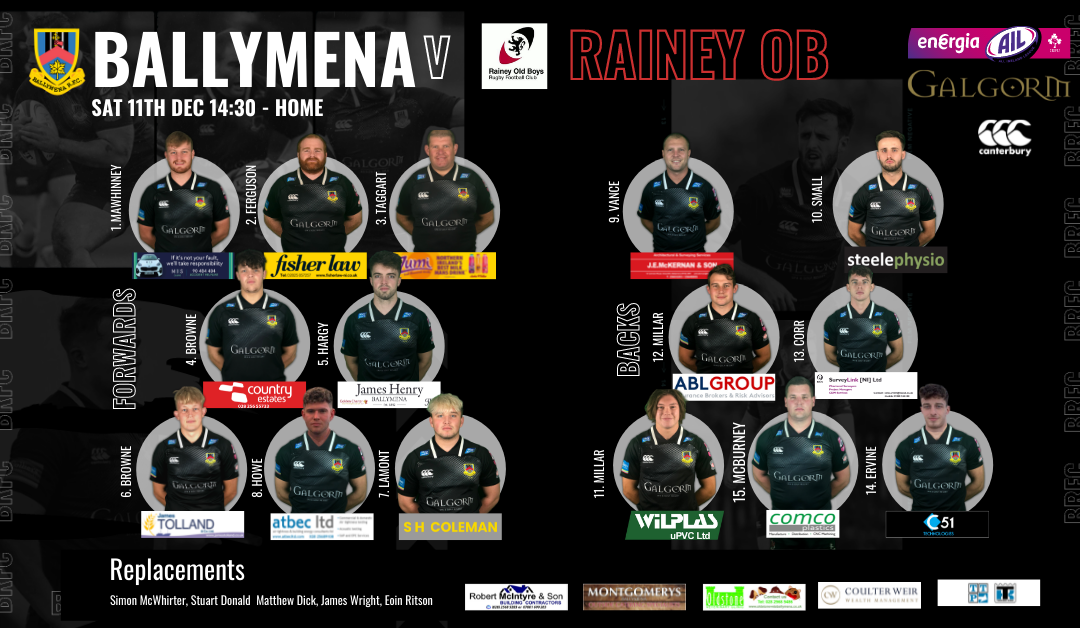 This weekend Ballymena 1st XV take on local Ulster rivals, Rainey Old Boys in Round 9 of the Energia AIL.

Both teams will be looking to bounce back after defeats in Round 8. Whilst John Nicholls men left Limerick last weekend with 2 bonus points they will be determined to make amends this weekend at Eaton Park.

Nicholl had been fortunate in the early part of the season with relatively settled selections however in recent weeks injuries and availability has shaken up the matchday squad.

A number of key players are on the sidelines. In the pack, James McCormick, Chris Cundell, David Whann, Philip Campbell, JJ McKee, Jack Milton, Azur Allison and James McNabney are all unavailable for selection. Other absentees in the backline include Captain Glen Baillie, Pierce Crowe and Mark Thompson. Injuries provide opportunities for others to put their stamp on the black jersey.

In the front row, Joe Mawhinney continues at loosehead with the experienced duo of Andrew Ferguson and James Taggart making up the rest of the front row. Jonny Browne is partnered this week in the 2nd row by Patrick Hargy. In the back row, Paddy Browne who this week was named in the Irish U19 squad starts alongside James Howe and Adam Lamont who takes on the captaincy in Glen Baillie’s absence.

Behind the pack, Ian Vance starts again at 9 with Tim Small at 10. Sam Millar and Matthew Corr will line out in a new centre pairing with the tried and tested trio of Rodger McBurney, Dean Millar and Rhys Irvine making up the back three.

Simon McWhirter, Stuart Donald and Matthew Dick will provide cover for the forwards whilst there is a welcome return to the matchday squad from injury for James Wright who is named alongside Eoin Ritson as the backline replacements. 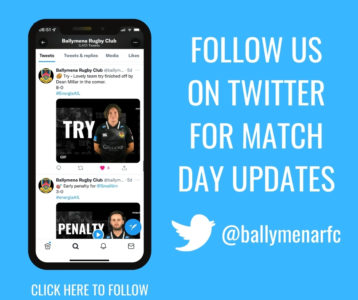