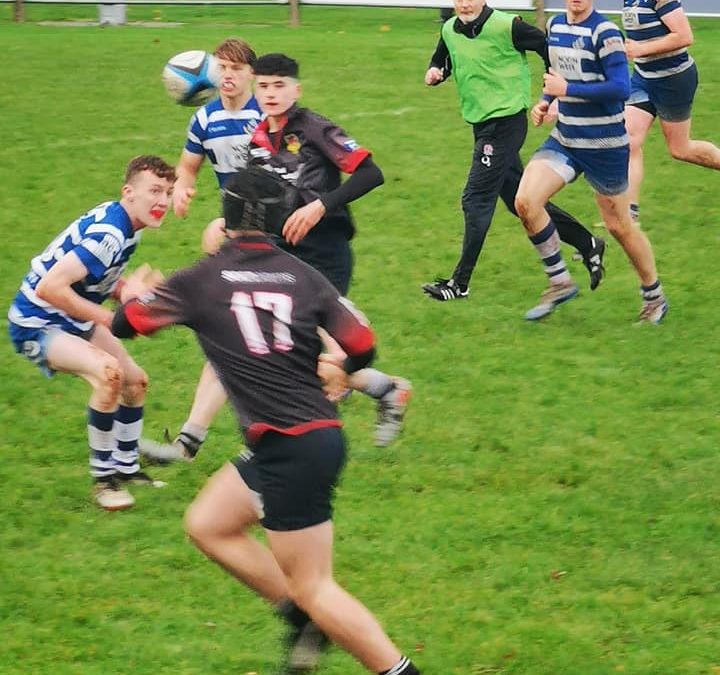 Taking to the first team pitch the home side knew that they faced a tough challenge, and this proved to be the case over the next 70 minutes.

Limavady dominated the gain line for vast parts of the game with a large pack making good ground; and the home team fought hard to keep their shape.  It was a feisty encounter with both teams determined to present their best side which lead to a keenly contested game; Craig Houston, Jack Addison, Jonny Wylie and David Surgeoner all worked hard in defence having to make tackle after tackle to try and keep the visitors at bay.

It was Ballymena who scored first on 15 minutes with Joe O’Rawe slotting over a penalty kick. However, Limavady struck back 10 minutes later from open play when their kick through Ballymena’s line presented the rushing attackers space to touch down in the left corner.

The Braidmen found field position form the restart and pinned Limavady into their half for the next few minutes.  A line out maul from Ballymena close to the Limavady line was well marshalled by Ryan Thom and marched the visitors back towards their try line and Ryan McCartney touched down for Ballymena’s first try.

The momentum of the game changed again before half time when Limavady’s forwards carried hard towards the Ballymena line, and with the home team giving a series of penalties away Limavady finally broke through the home defence to score their second try.

At the other end of the pitch a charged down clearance kick from Limavady was touched down by Ryan McCartney, but unfortunately his foot was in touch and no try was awarded.

After the restart Limavady took advantage of poor home team discipline as Ballymena gave away a series of penalties for multiple infringements.  It was the visitors who scored the next try on 45 minutes despite spirited defence by the home team.

Despite giving away territory and possession through infringements and handling errors Ballymena showed great team spirit and refused to give in, and from a penalty in the Limavady 22 the forwards set up field position and after a series of pick and goes Jack Addison crossed the whitewash for Ballymena’s second try.

The game, which had been played at a quick pace, became stretched in the last 20 minutes and both teams looked dangerous when the backs had possession with more space on the pitch. Conor McQuillan launched  O’Rawe and Read who started to work moves in the Ballymena back line and Rhys Thomson, Richard McCann, Callum Mitchel and Mark McSparren all made good ground when the ball was presented to them, but Limavady’s defence was well organised and managed to halt any progress the Braidmen made.

Both teams will feel disappointed not to capitalise on opportunities they made in the last 15 minutes, Limavady were held up by Tiernan Heggarty and Read over the Ballymena try line and Jack French was pushed back from over the Limavady line has he went to put the ball down by a mighty defensive effort by Limavady.

Limavady took the last score of the game from a penalty kick following a number of offside infringements in the home team taking the score to 22-17 with 10 minutes to go.

The home team did not give in and hard carrying from Ben Shaw, Callum Gatt and particularly Timmy Carson broke the Limavady line time and again to march the visitors into their own half with Ballymena seeking the score that may draw them level, but ultimately a dropped ball by the Braidmen in the Limavady 22 led to a  scrum on the final play and the referee blew the whistle to end the game.

This was great experience for the U18s to play a well organised, drilled and physical school team and they will have learned many lessons from it.  Discipline, organisation and fitness were all tested and the team will enter the last half of the league season better for this experience. 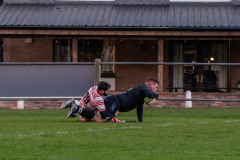 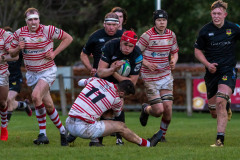 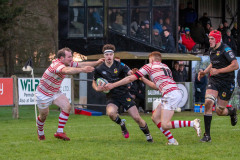 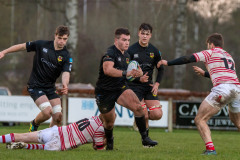 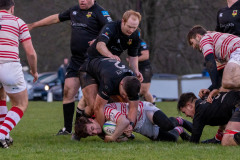 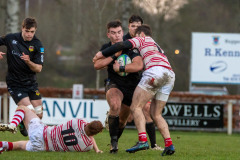 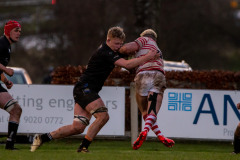 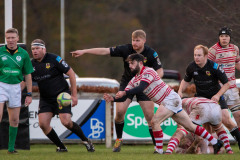 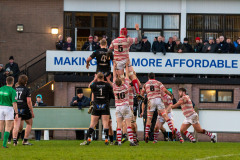 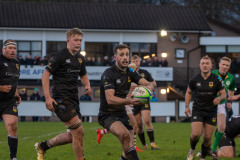 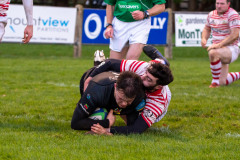 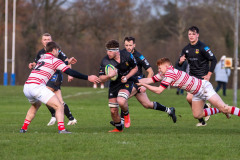 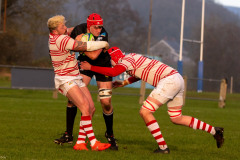 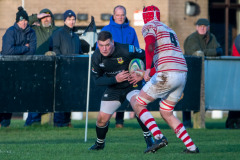 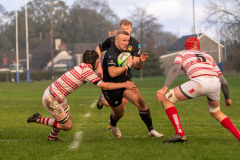 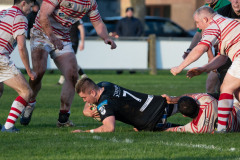 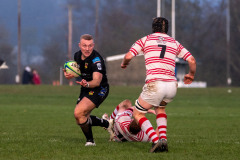 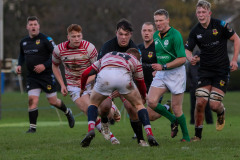 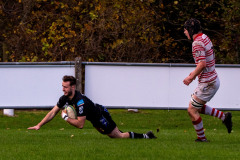 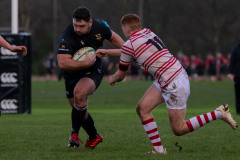 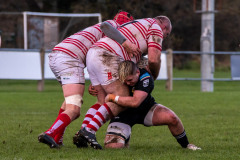 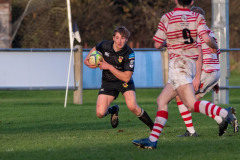 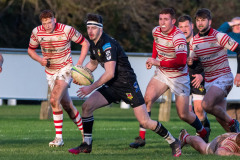 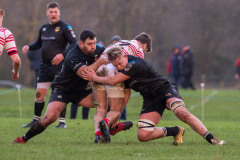