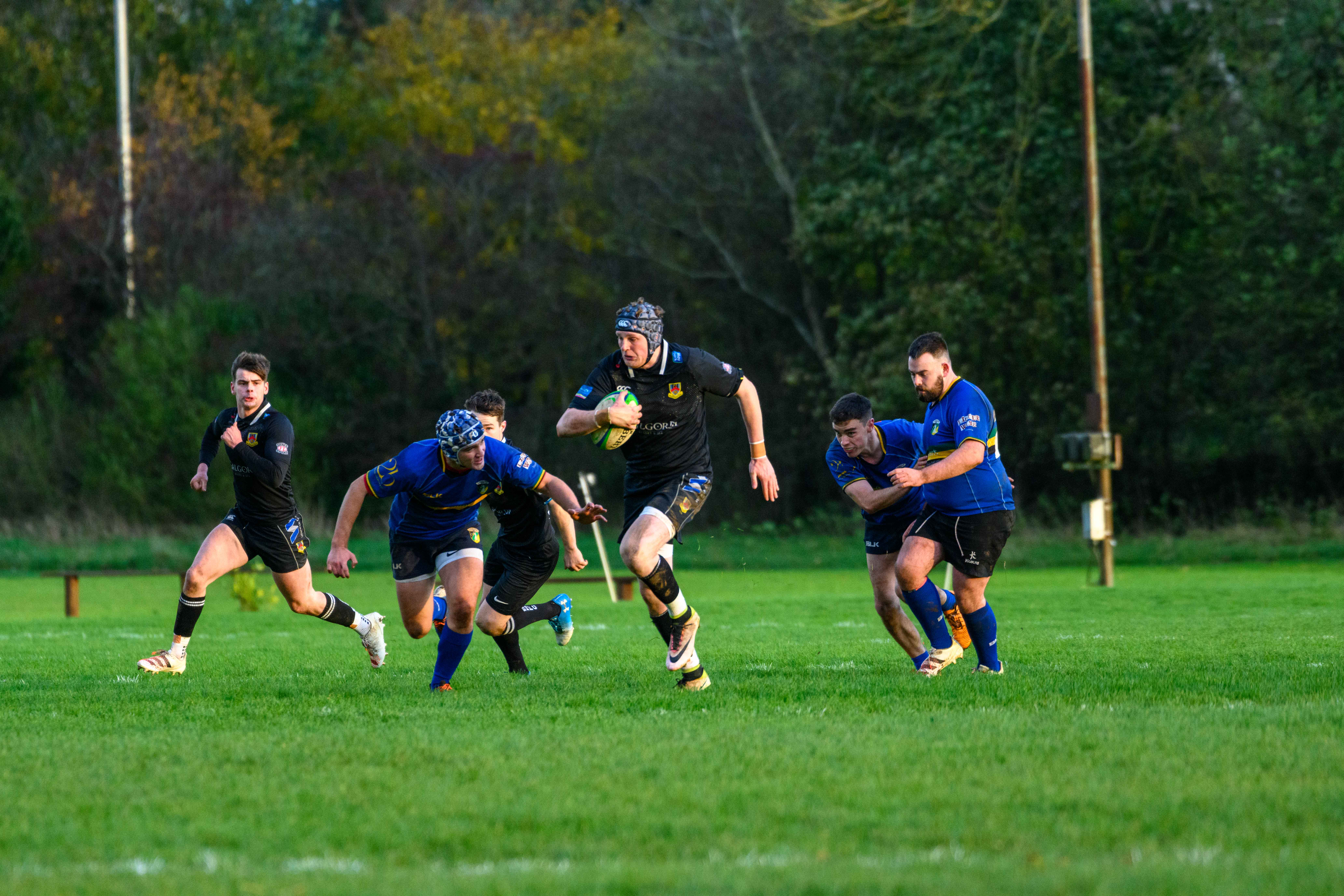 Ballymena Rugby Club’s 2nd XV got a well-earned win after a 34-7 victory over Lisburn on a wet and windy Saturday afternoon at Eaton Park. Ballymena kicked off the match in 6th place in the Ulster Championship Division 2.

Ballymena kicked the game off, immediately leading to a scrum and bringing possession up the pitch close to Lisburn’s try-line. Three minutes into the game a good team move got Ballymena’s first try of the game with Finlay Walker scoring in the corner, taking the score to 5-0. Ballymena’s next bit of possession came on the back of a scrum and two good, driving runs from Andrew Wilson and Jack Lewis, however it failed to result in a try.

Lisburn began to get a foothold in the game around the eleventh minute, taking a scrum up the pitch, however a knock on from a Lisburn mean the move came to nothing. A Ballymena line-out led to some good possession; however Lisburn won a scrum and began to show some good play, gaining confidence in the match. A Ballymena line-out and a well-executed maul by the team led to another try from James Taggart on the twentieth minute. Conor Agnew’s conversion was close, but the wind sent it off target, keeping the score at 10-0.

Immediately after kick-off, a good run by a Lisburn player failed to result in a try. Ballymena’s line-out led to a team maul, which was close to the try line but stopped just short. Rain began to fall at Eaton Park, making ball retention more difficult. Around the half hour mark, Ballymena increased their lead to seventeen points after an excellent team move led to a try from Matthew Dick, converted by Conor Agnew.

Ballymena threatened once again around the thirty-ninth minute as Ritson’s long kick moved possession to a dangerous area, setting up a lineout in opposition territory. Ritson’s next run took possession near to the try line, however, were stopped just short. Referee Peter Doherty blew for half-time with the score at 17-0.

As the second half began, Ballymena’s lead was decreased as Lisburn’s #8 scored a try and converted, to take the score to 17-7. Lisburn took a scrum minutes later to get the ball close to Ballymena’s try line, but a speedy breakaway from Dean Millar almost resulted in a try.

Ballymena’s next scrum moved possession near to the try line, with a good team move pushing the ball over for a try. Conor Agnew missed his conversion, with the score at 22-7. Ballymena seemed to be in domination of the match, but Lisburn came close to scoring on the last twenty, however Ballymena defended well to stop any scoring chances. Ballymena once again went close a few minutes later after Matthew Norris made a good run.

Ballymena’s seventy-second minute scrum took possession up the pitch and an excellent team drive took the ball over the try line. The last action of the game was a good run and try from Conor Agnew, who converted his own try bringing the final score of the game to 34-7, as the referee blew for full-time.

Ballymena’s healthy win takes them to fourth in the table, with their next match away at Academy Rugby Club in Mallusk on November 20th. 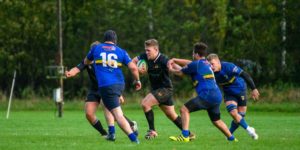 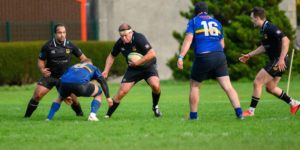 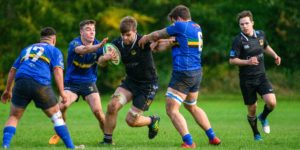 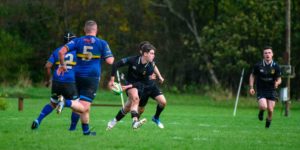 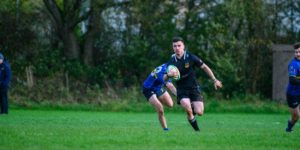 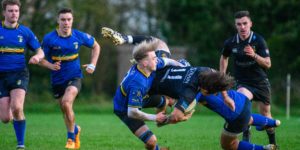 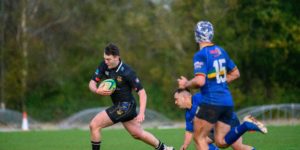 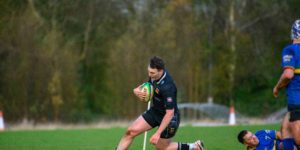 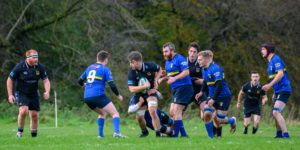 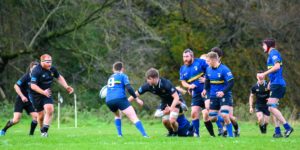 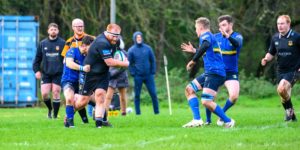 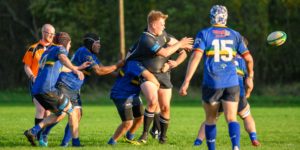 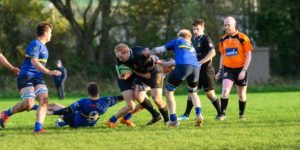 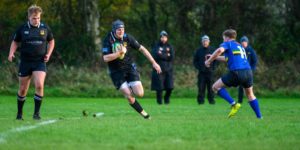 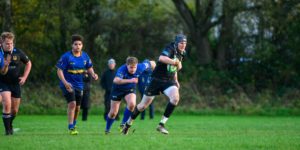 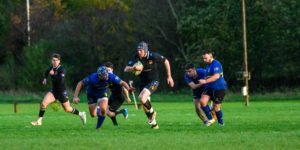 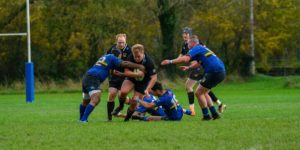 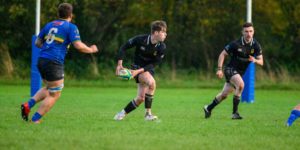 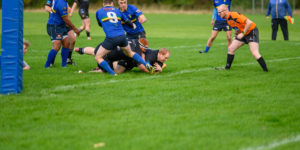 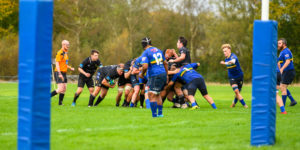 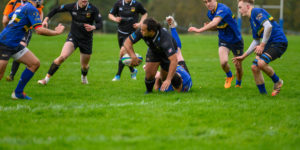 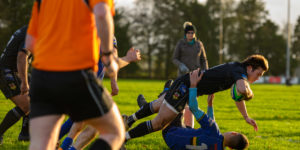 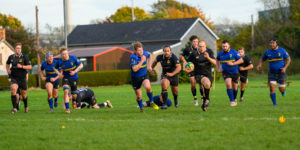