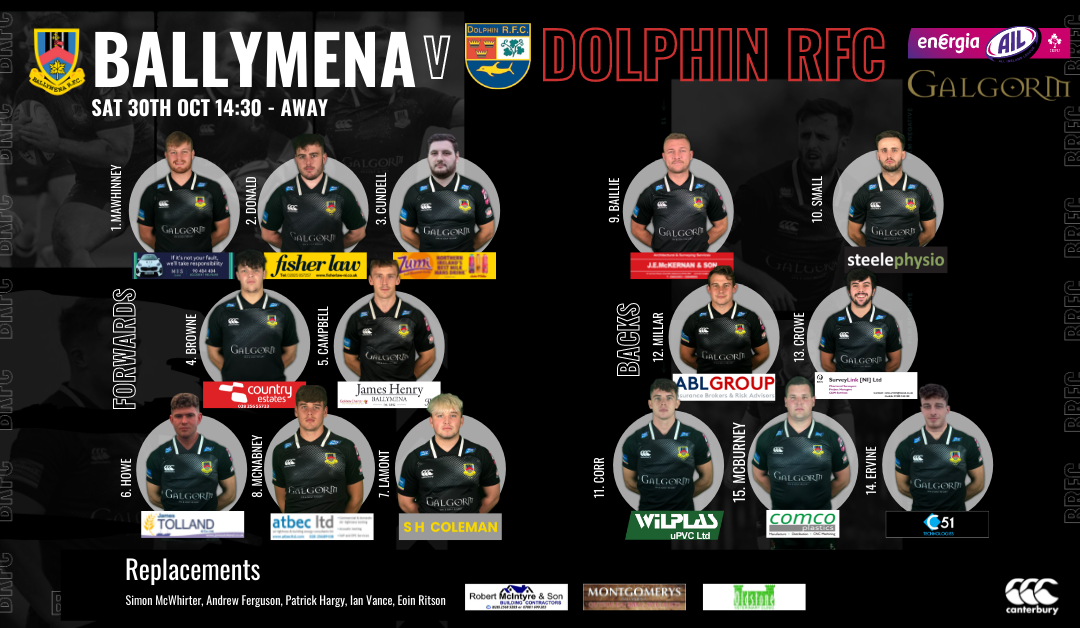 Energia AIL action returns this weekend for our 1st XV as they go on the road to Cork to face Dolphin RFC.

Coming off the back of 2 bonus point victories against Buccaneers and Old Crescent the Braidmen will be aiming to make it 3 victories on the bounce.

John Nicholl’s team sees a lot of change from the winning side that defeated Old Crescent at Eaton Park 2 weeks ago with no fewer than 7 changes to the starting line.

In the pack,  James McCormick’s try-scoring form will be missed as he is ruled out through injury. Stuart Donald will take his place in the front row alongside Joseph Mawhinney and Chris Cundell. Patrick Browne and David Whann are both unavailable. Philip Campbell and James Howe come straight into the starting lineup after spells on the sidelines. The impressive Adam Lamont & James McNabney continue in the backrow.

In the backs there is a welcome return for Tim Small who starts at 10 alongside half-back partner and Captain, Glen Baillie.  The centre pairing reverts back to Sam Millar and Pierce Crowe with Mark Thompson unavailable.  In the back three, Dean Millar is out with injury and is replaced by Matthew Corr on the left-wing. Rhys Ervine will hope to back up his Man Of the Match performance with another strong performance on the right-wing whilst Rodger McBurney will add valuable experience to a youthful side from the back.

Andrew Ferguson returns from injury and takes his place on the bench alongside fellow forwards, Simon McWhirter and Patrick Hargy. Ian Vance and Eoin Ritson will provide backline cover.

Congratulations to both Patrick Browne & Ross McKay who are both unavailable for Ballymena this weekend as they have been selected in the Irish U19 Training Squad. 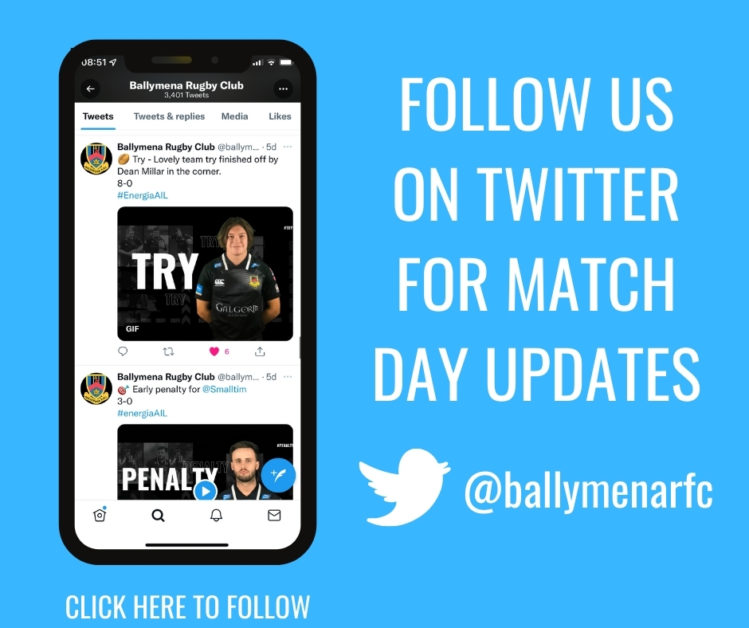