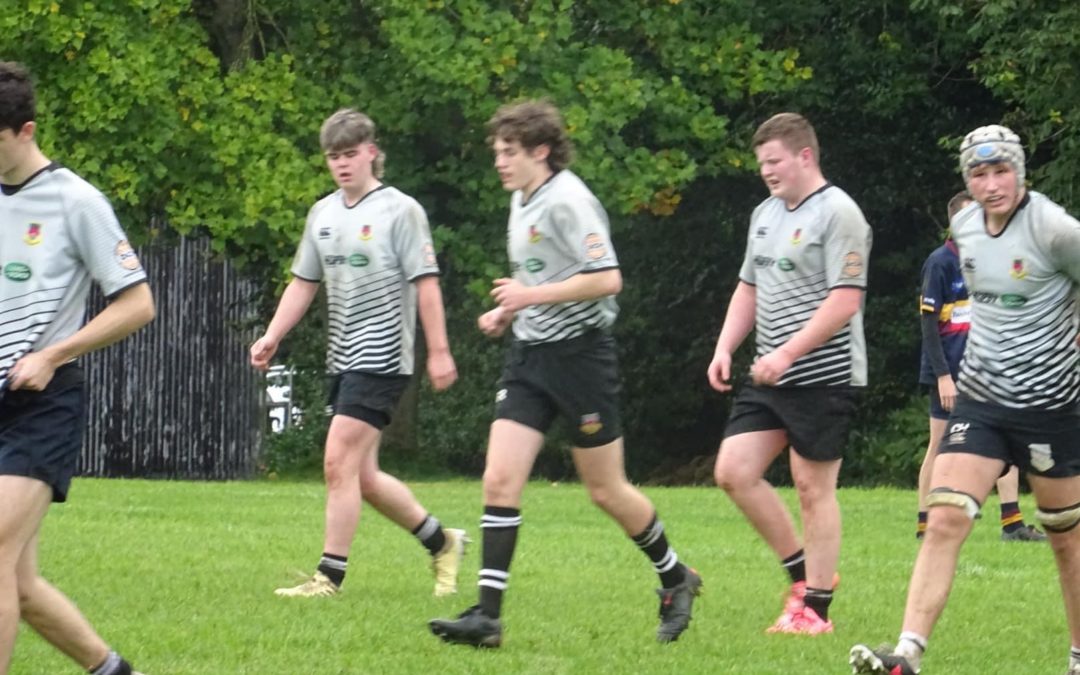 The 18s took the long journey to Enniskillen for their 4th game of the season hoping to keep their winning streak.

The game started well with a score on 4 minutes from Jack French from a line out maul, which is becoming a reliable weapon on the team’s armoury.  Ballymena continued to dominate the opening exchanges against a developing Enniskillen team who were keen to move the ball into the wide channels, leading to an open and entertaining first half.

However, it was the Braidmen’s pack who claimed the next score when Craig Houston made an excellent line break before being tackled close to the line; the visitor’s pack recycled the ball several times with pick and goes and front row Callum Gatt crossed the line after a number of phases from close range.

The visitors showed ambition to move the ball wide and they looked dangerous several times in the wide right channel with Aidan McSparren, Jack Gaston and Richard McCann stretching the home side’s defence.  This ambition to throw the ball wide was rewarded on 22 minutes when winger McCann crossed the line, finishing off an excellent move the backs, marshalled by Joeseph O’Rawe, moving the ball quickly through the centres and creating an overlap on wing which McCann took full advantage of.  This took the score to 21:0.

Fly half Joe O’Rawe was having a great day with the boot, having already converted the tough kicks from the 3 tries, he added a penalty before half time.

The second half was a more disjointed and fractured affair with the home team showing more determination.  They kept the ball tight in the pack and threatened the Ballymena line on a number of occasions.  But Ballymena’s defence worked hard and they protected their own line relentlessly with Wylie, McCartney, Houston and Thompson all tackling hard and pushing the home team backwards as they tried to hit up the side of the breakdown.

In attack the visitors always looked dangerous and Tiernan Heggarty scored on 40 minutes after a huge hit from Reece Thompson turned the ball over in the Enniskillen 22.

It was Thompson again who created the next try with a fabulous jinking run through the midfield to leave full back Jack Gaston a run in to the line.  Ballymena were now dominant and line breaks from McCartney, Houston and French put Enniskillen on the back foot and the Ballymena backs showed enterprise and slick handing to constantly pressure the home team.

The next score came from a turnover scrum when scrum half Ryan Thom stole the ball to release flanker David Surgeoner who took full advantage of the space given to him to take the score to 41:0.

The game concluded when Timmy Carson burst through the beleaguered home defensive line to take the score to 46:0 at the final whistle.