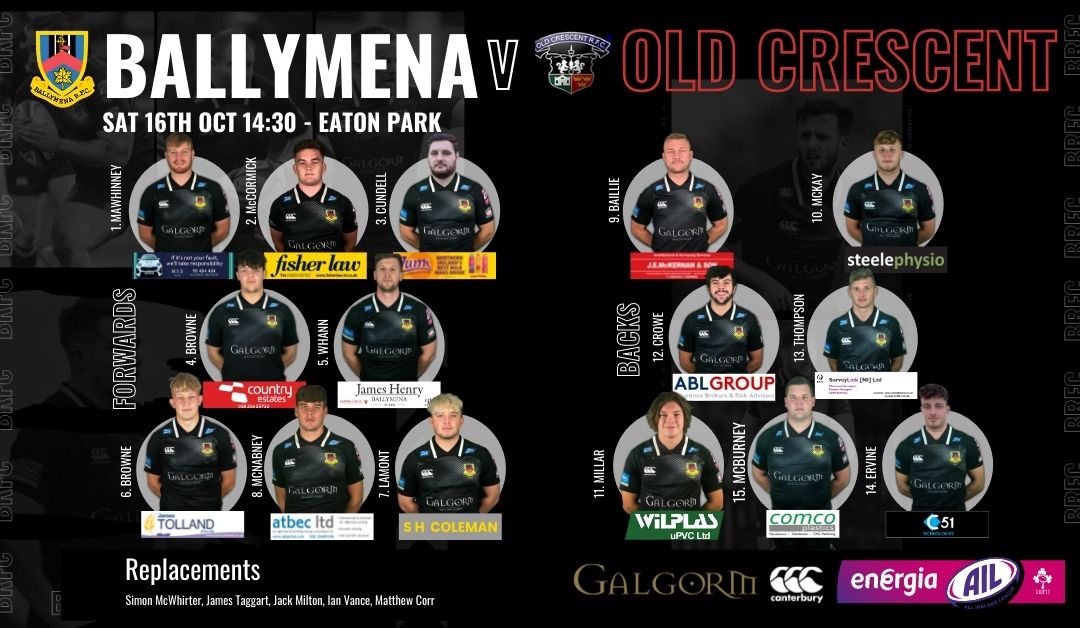 John Nicholl’s men will hope to make it another home win after an impressive bonus-point victory against Buccaneers last week at home. (Match Report & Gallery here)

A superb clinical opening 20 minutes would have pleased the coaching team with some fantastic attacking rugby played but the determined and gritty defensive effort in the closing stages to deny Buccaneers will also have been a highlight for the coaching team.

There are a few changes made to the squad.  In the pack, Joseph Mawhinney moves across to loosehead to accommodate the welcome return of Chris Cundell at tighthead. James McCormick continues at hooker and will hope to add his tally of tries after crossing the line 5 times in the opening 2 rounds.  David Whann will hope to continue his impressive return to action after a strong performance last week partnering Jonny Browne in the 2nd row. The youthful back-row trio of Browne, Lamont & McNabney continue after the three 18-year-olds put in a mature & powerful display last weekend.

In the backs, last weeks influential Man of the Match, Tim Small is unavailable so Ross McKay will come in at 10. Pierce Crowe makes a welcome return from injury and will combine with Mark Thompson in a new centre pairing. The back-three remains unchanged featuring try-scorer from last week, Dean Millar alongside Rodger McBurney and Rhys Ervine.

Onto the bench comes Simon McWhirter, James Taggart and a returning Jack Milton who will cover the forwards whilst Ian Vance and Matthew Corr will look to make an impact when given the chance.

Get out to support the boys this weekend, kick-off at 14:30 at Eaton Park.