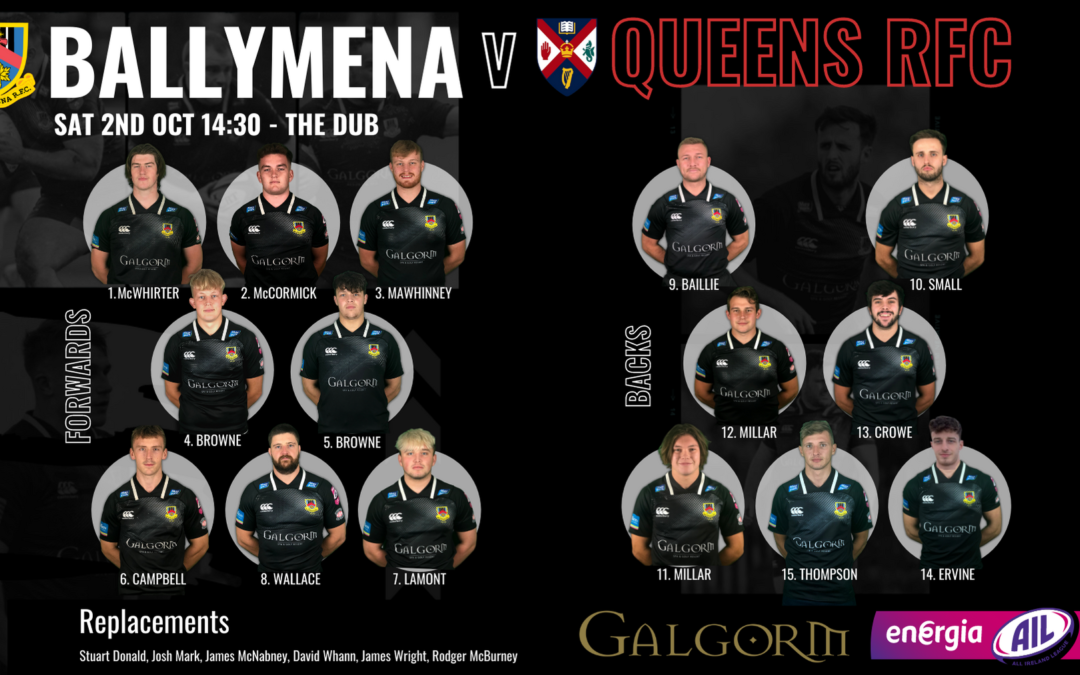 Head Coach, John Nicholl has named his team for the opening round of the 2021/22 Energia AIL.

The Braidmen travel to DUB Lane to take on an in-form Queens RFC, Kick Off- 14:30.

Ballymena are coming off the back of successful results & performances against Bangor RFC & Belfast Harlequins and will look to continue that run of form when they take on QUB.

Nicholl has made 4 changes to his starting lineup from last week. 3 of those in the pack. Chris Cundell is unavailable for good reason and we wish him all the best as he enters married life. He is replaced in the front row by Joseph Mawhinney who will make his club debut having moved to the club after finishing his education at Ballymena Academy. James McCormick comes in at hooker and the impressive Paddy Browne will accompany his brother as he comes into the 2nd row after a powerful debut from the bench last weekend. Phil Campbell moves from the 2nd row into the backrow replacing James Howe. Peter Wallace, the only player in the pack over the age of 21 will start at 8.

The backline remains largely unchanged, Sam Millar continues in the 12 jersey after a Man of the Match performance last week. Experienced scrum-half & captain, Glenn Baillie will welcome back the experienced Tim Small at 10 as his halfback partner as he returns from injury.

David Whann returns from a period out of the game to take his place on the bench and will add valuable experience to a very youthful side alongside the returning Rodger McBurney. Another highly promising Cambridge House school-leaver, James McNabney will look to make his debut from the bench.

An exciting XV to kick off the new season with lots of new youthful talent stepping up. With an average age of 20.7 in the starting lineup with it’s sure to be an open and exciting game against the students at DUB Lane.

All support will be welcome with tickets available at the gate however QUB have asked to help with track & trace that tickets are pre-purchased using this link. 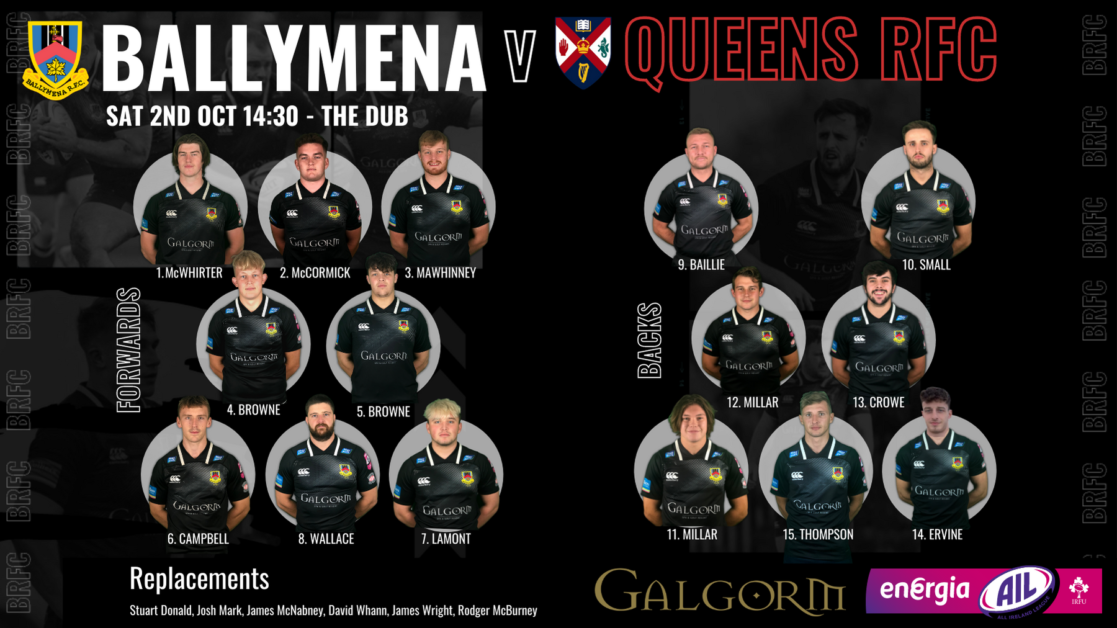