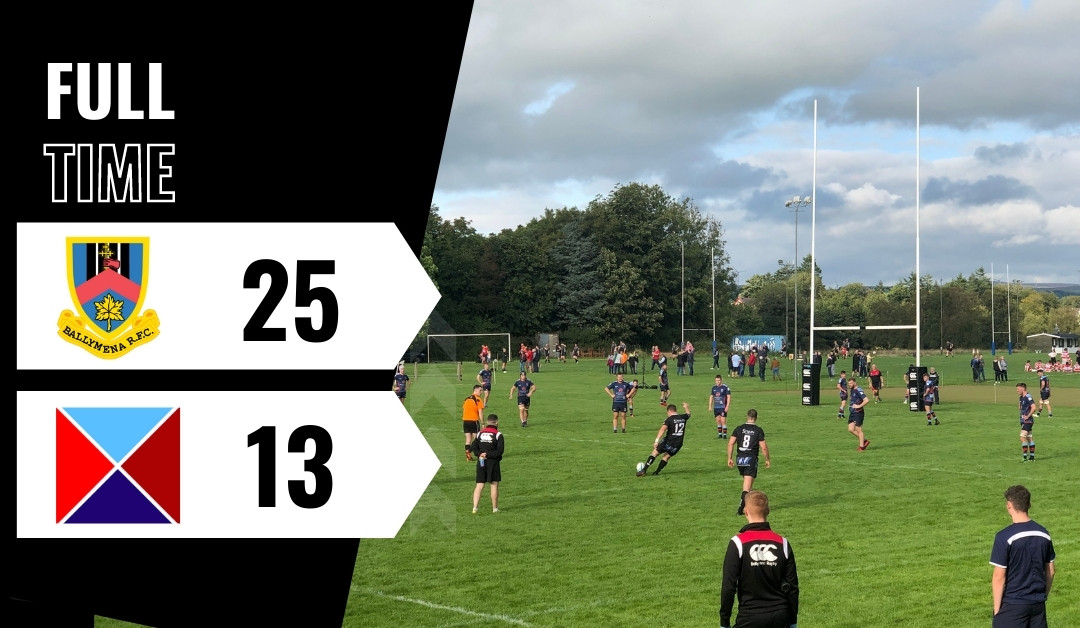 The boys played extremely well yesterday again showing a lot of hunger and desire in defence which was the focus of our weeks training.

Our set piece was very strong which really impressed me. Coaches Daryl O’Kane and Andrew Warwick have done a fantastic job with such a young group of boys in the scrum and lineout.

U19 second row Paddy Browne was a stand out player yesterday in his first game at senior club rugby partnering his brother Jonny in the engine room.

Phil Campbell and Adam Lamont continued their fine form carrying good ball over the gain line which set the platform for the backline to launch their attacks.

Man of the match Sam Millar playing at inside centre set the tone in the first half knocking over 4 penalties against a strong wind.

Due to a lapse in concentration before half time we allowed quins to break our defence and score a try of their own from scrum half Lee Stevenson.

With a strong wind behind us in the second half kickers Eoin Ritson, Sam Millar and Pierce Crowe showed their class constantly turning quins back into their own 22. From resulting pressure and good set piece control, hooker Stuart Donald rumbled over from close range. Millar converted and to close out the game added 2 more penalties to take the win and remain joint top league leaders with Dungannon to face away on the 18th of December.

The coaching staff are very happy with how the boys performed. There is hunger and desire with this group. We have plenty to improve on and with a few Ulster players returning to training next week, selection will be extremely tough for Queens. A problem that we welcome.

Similar to ourselves Queens welcome the return of half a dozen Ulster players to their ranks. It should be an exciting game. Both sides have gone well in the Ulster league so confidence should be high in both camps. It will be a tough ask to win at the DUB lane but the boys can’t wait to start their AIL campaign against their Ulster rivals.