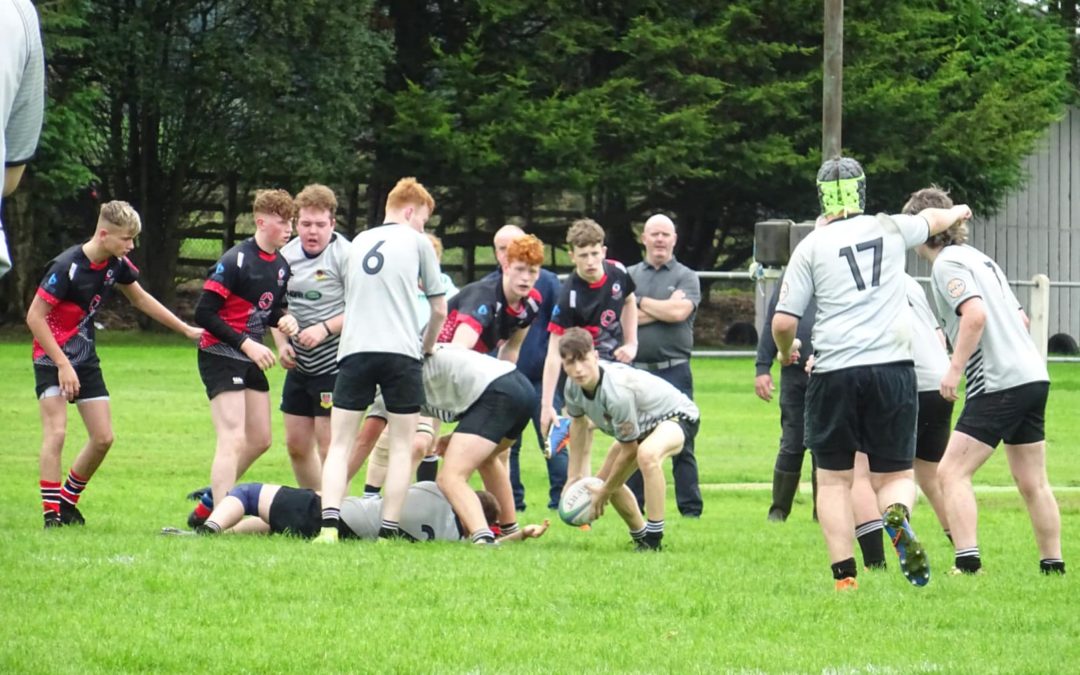 The first league game of the U18 Ulster Carpets Provincial League season saw Rainey travel to Eaton Park. The home team started well and from the kick off they ran through several phases of play before Rainey conceded a penalty. Joe O’Rawe kicked to the corner and the forwards drove over the touchline from the resultant line out maul with Ryan McCartney touching down.

This was the only score of the first half which was a stop – start affair as both teams struggled get their rytham and to stamp their authority on the game; and Rainey will consider themselves unlucky to go into the break without troubling the scoreboard.

The second half came to life when Ryan McCarney crossed the line again after the home team had put Rainey on the back foot with a rare period of territorial advantage and ball possession.

But Rainey hit back hit back 4 minutes later when their pack used its size advantage close to the Ballymena line with a tap and go penalty. The attack was repelled with some stout home defending but ultimately the Rainey pack crossed the whitewash and put their first score on the Board.

Ballymena dominated after the restart, the forwards working tirelessly with big carries from French, Houston and Wylie driving driving into the heart of the Rainey defence and back rows Surgeoner, Heggarty and McCartney a constant irritation at the breakdown.

The next try came from a stolen Rainey line out on the half way with Ryan McCartney showing a clean pair of heals to complete his hattrick, converted by O’Rawe.

Ballymena now had the bit between their teeth and a well worked backs move sent McSparren over following a scrum in the Rainey 22, once more O’Rawe converted taking the score to 22-7.

The home team now showed the confidence that was lacking at the start of the game and line breaks from Thom, French, McCartney and Read kept putting the visitors on the back foot. The final Ballymena try came from a long kick clearance from Rainey, which was well fielded by Mark McSparren who carried hard into contact and from the resultant breakdown quick hands found space for McCartney to score his fourth try.

A late try from a Rainey line out and maul gave the visitors a try that their efforts deserved. Overall a good start to the season for the U18s who travel away to Belfast Met next week. 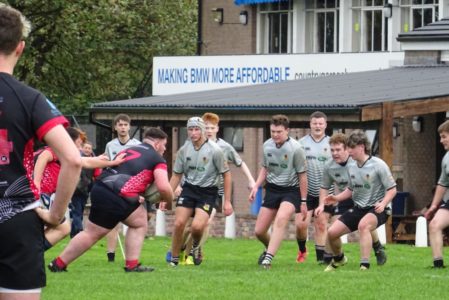 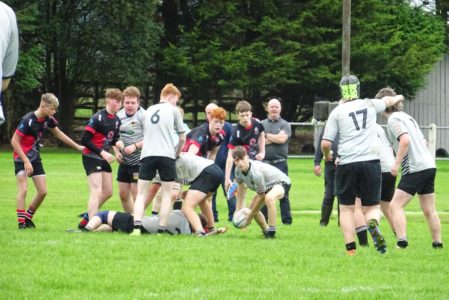