A much-anticipated return for 15 a side rugby for the U18s saw Ballymena take on Ballymoney in a friendly at Eaton Park on Saturday.

The team were delighted to get back to competitive rugby after a lot of hard work though what seemed like the longest pre-season ever, and their hard work paid off with a dominant performance. Impressive front row Jack French opened the scoring with a try on 6 minutes following a well-rehearsed maul from a Ballymena line out. Centre Jack Gaston ran over the try line 4 minutes later to score Ballymena’s second after a scrum in the home side’s own 22 and some slick handling from Joseph O’Rawe and Michael Read created space for Gaston to show his pace as he pierced the Ballymoney defence. 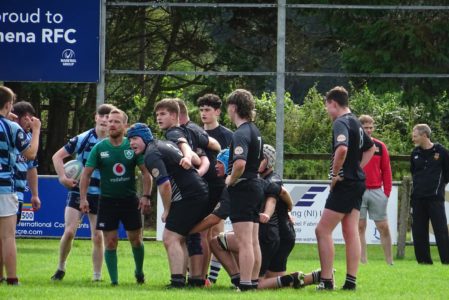 Ballymena stuck well to their game plan through the first half and the pack were rewarded for their hard work with tries from second row Timmy Carson, following a break from prop Jack French and back row David Surgeoner, and another from the tireless Jonathan Wylie following forward pressure on the opposition line. 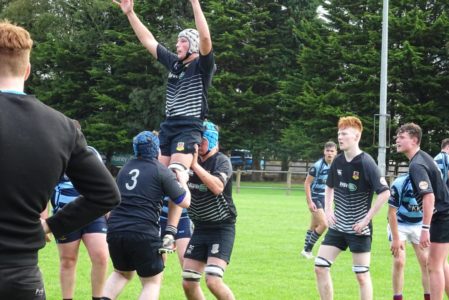 Half backs Ryan Thom and Conor McQuillan were able to capitalise on pack dominance and started to boss the game, releasing hard running forwards Tiarnan Heggarty, James Stirling and Ryan McCartney who time and again went punched holes in the Ballymoney defence. On one such occasion this created space wide for pacey wing Richard McCann to sprint 50 metres towards the opposition try line, only to be tackled into touch 10 metres out, and the home side were in the ascendancy as the teams broke for half time. 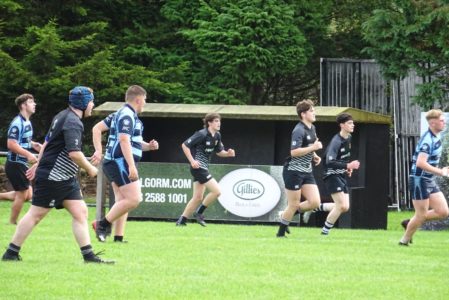 The second half was a more even affair after Ballymena scored early tries through rampaging second row Craig Houston and speedy wing Callum Mitchell.

Ballymoney were rewarded for their territorial advantage through a try on 45 minutes and may have thought themselves unlucky not to score again, but the home team impressed with a resilient defensive display with hard tackling forwards McCartney, Surgeoner, Wylie joined by centre Michael Read and full back Ben Shaw who stubbornly refused to let the hard pushing visitors get over their try line. The team were rewarded for their defensive efforts with another try from Jack Gaston and a late effort from back row David Surgeoner who sprinted through the midfield.

All in all a good start to the season for the under 18s who start their league campaign against Rainey on 25th September.