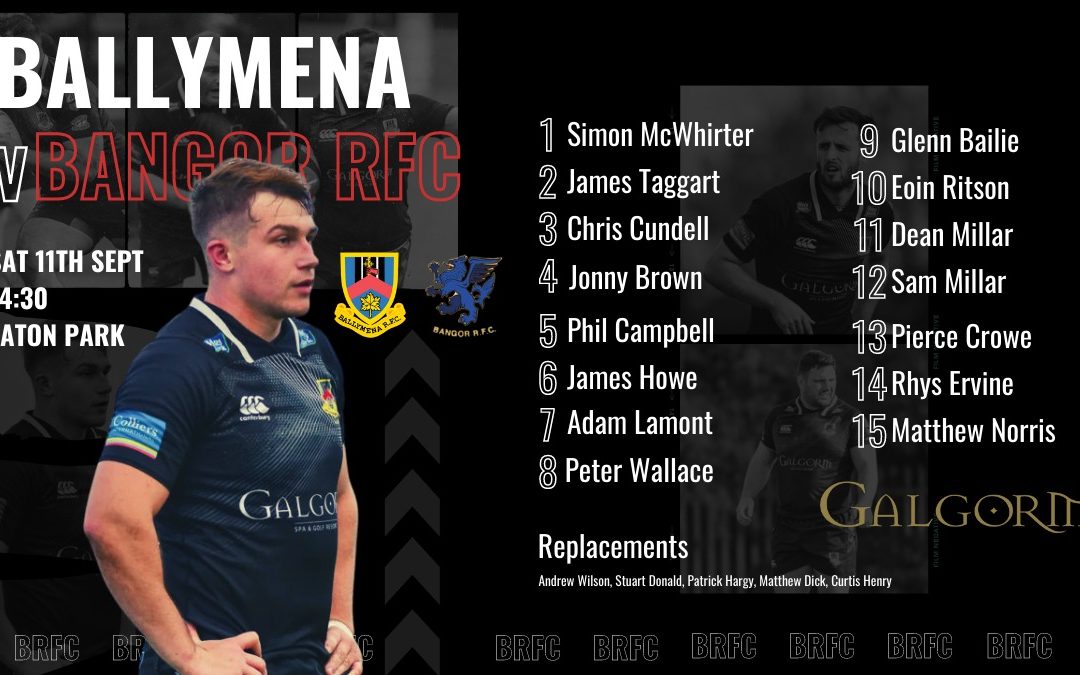 Head coach John Nicholl has named a much-changed side to face Bangor RFC in the UBL this weekend following last weeks loss to Omagh.

Changes start up front with Simon McWhirter and coming in for Josh Mark, James Taggart moves to Hooker and the experienced Chris Cundell comes in at tighthead.

In the 2nd Row, Phil Campbell comes in for Patrick Hargy who drops to the bench whilst the back row remains unchanged from last week and features Howe, Lamont and Wallace.

In the backs, Glenn Bailie makes the move from the centre to scrum-half with Sam Millar filling the 12 jersey whilst Rhys Ervine returns from injury to replace Curtis Henry.

Nicholl is still without many of his new signings who continue to represent Ulster at underage level and is still missing a host of key players including JJ McKee, Tim Small and Roger McBurney who continue to recover from injury.

Bangor have also named their side to face the Braidmen at Eaton Park.

Here’s our 1st XV selection to take on @ballymenarfc at Eaton Park on Saturday. Great to see some of our player sponsors on show… some great talent still available for sponsorship too – DM for info 💪🏻🔵🟡 #BGUTHB pic.twitter.com/JfLuEAIZn8