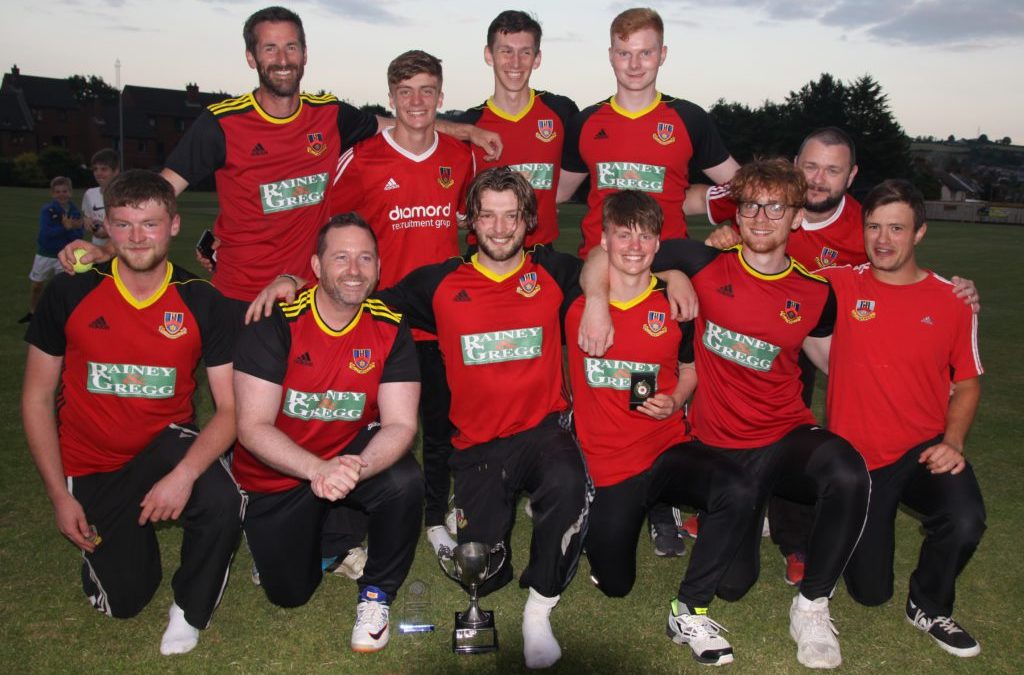 The 1st XI won the Lagan Valley Steels T20 Trophy last night in truly sensationAL circumstances at Cregagh Cricket Club in Belfast. Cregagh won the toss and elected to bat first. This looked to be a good decision as they put on an opening partnership of over a hundred. A lot of credit has to go to the bowlers who were able to pull Cregagh back but the reining champions were still able to post a competitive score of 147 in their 20 overs. The pick of the bowlers was undoubtedly Sam Glass who completed a hat trick to return the remarkable figures of 4-0-5-3. In reply, Ballymena were consistently pegged back by accurate bowling backed up by excellent fielding. Wickets fell steadily and it appeared increasingly unlikely that a Ballymena win was on the cards. With 35 needed from the final over, a Ballymena win, while mathematically possible, seemed out of the question given that the team had scored just 113 runs from the previous 19 overs. Up stepped John Glass who struck the ball beautifully to hit six consecutive sixes to the astonishment of all who were fortunate to see it and to the delight of the Ballymena team and their supporters. John’s score of 87* from 38 balls was enough to secure him the man of the match award and, more importantly, the T20 Trophy for Ballymena. Huge congratulations to all the players on a memorable day! Commiserations and thanks must also go to Cregagh Cricket Club, who surely felt they had done enough to win only to be pipped at the post and who did a great job in hosting what turned out to be a remarkable final! John’s feat has not gone unnoticed, with the story making the front page of the BBC Sport website and being retweeted by the likes of Piers Morgan and Gary Lineker! The BBC Sport story can be found here: https://www.bbc.co.uk/sport/cricket/57860743 An album of photographs from the day can be found on the club’s Facebook page.
Share: