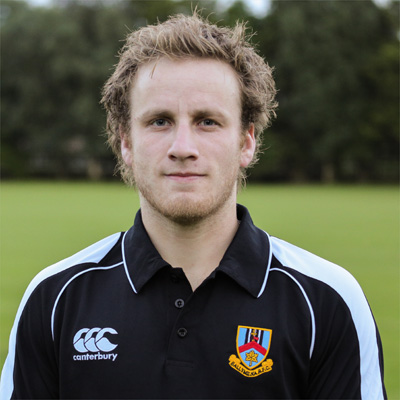 Huge Congratulations to Clubman Robbie McGreer who is one of seven new referees who have been promoted onto the IRFU National Panel for the 2019/2020 season. The announcement was made at the IRFU National Referee Camp on July 27th, 2019.
The officials were promoted on the basis of their performance in the Inter Provincial Assessment System (IPAS), which sees them referee a series of six games outside of their own province.
Ireland Men’s National Team Coach Joe Schmidt presented the newly promoted referees with their jerseys at Camp in Johnstown Estate in Co. Meath. They will be eligible for selection to referee in the Energia All-Ireland League and representative fixtures in the coming season.
“They are now in the top 10% of referees in the country so it’s a big achievement for them and they’ll be wearing the IRFU crest as part of our national competition,” said Irish Rugby’s National Referee Manager David Wilkinson.
“We’re very proud of our refereeing structures. We’ve got three referee associations and one referee society across the four provinces. Without them and the help and support poured into grassroots rugby, we wouldn’t have a platform to get over 50 referees to this level at National Camp.”
The new National Panel referees are Keane Davison, John Flynn, Rob McGreer, Andrew Mitchell, Paul O’Connor, Pádraic Reidy and Paudie Sheehan.
The Ballymena man with “a wee bit of AIL rugby” under his belt, Rob McGreer took the advice of his father in trading in his gum shield for a whistle. “I didn’t listen to him at first,” says Rob who loved his time as a player. “Maybe I should have. I’m a bit late to refereeing but delighted to make it this far.”
There is a New Referees Course being held in August. The course is designed to introduce prospective referees to the basics of refereeing.
They typically start at 09:30 in the morning and run until 16:30 with an hour for lunch.
If you are interested in becoming a referee, you are welcome to contact the relevant person below in relation to the following upcoming courses:
ULSTER:
• Saturday 17th August, Kingspan Stadium, Mount Merrion Avenue, Belfast BT6 0FT
To book or enquire, contact Richard Kerr, Referee Development Manager:
email: richard.kerr@irfu.ie, mobile: +44 7493 868 388