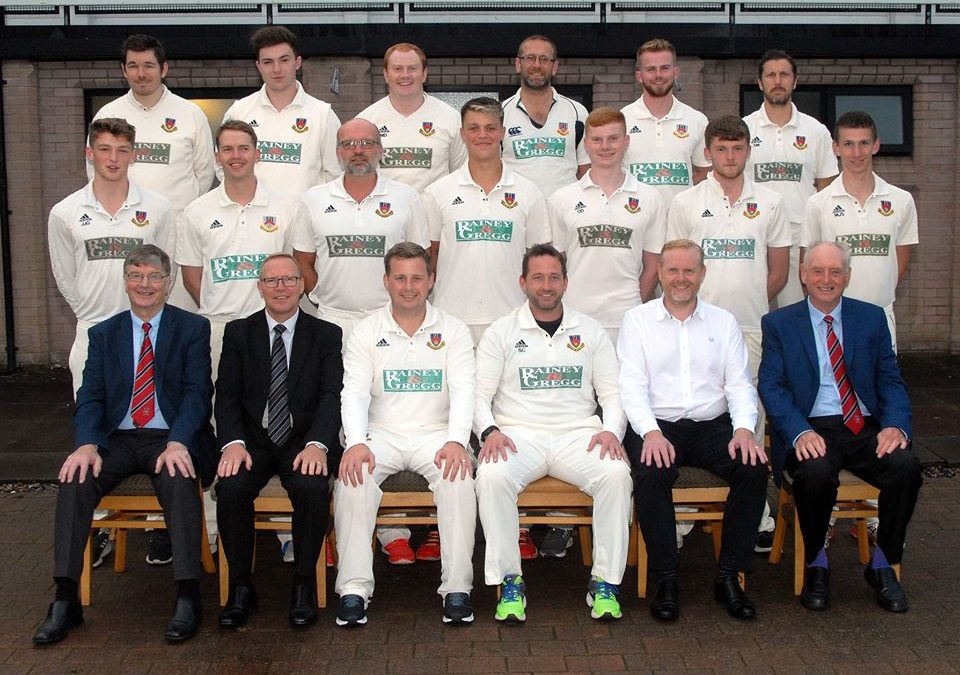 In a dramatic turn of events, the 1st XI climbed to second spot in the league and in so doing win promotion back to Section 1 of the NCU Senior League!

Going in to the final weekend, Ballymena were in third place in the league needing a convincing win over Belfast Superkings and relying on BISC overcoming Cliftonville Academy, whose only defeat all season had come against champions elect Templepatrick. Even then, the two sides would be level on points and promotion would go to the side with the better net run rate.

The Firsts completed their job by bowling Superkings out for 117 and then reaching the target within 18 overs. Incredibly, BISC also played their part by upsetting the odds and winning by 5 runs against Cliftonville Academy. These two outcomes meant that Cliftonville’s net run rate fell to 2.025 and Ballymena’s climbed to 2.082 meaning that Ballymena are promoted by the slimmest of margins.

Massive congratulations go to skipper Stephen Colgan and everyone who played for the 1st XI this season. It is to their eternal credit that they continued to fight to the final weekend even when the odds were stacked against them. Their success is a just reward for all their hard work.