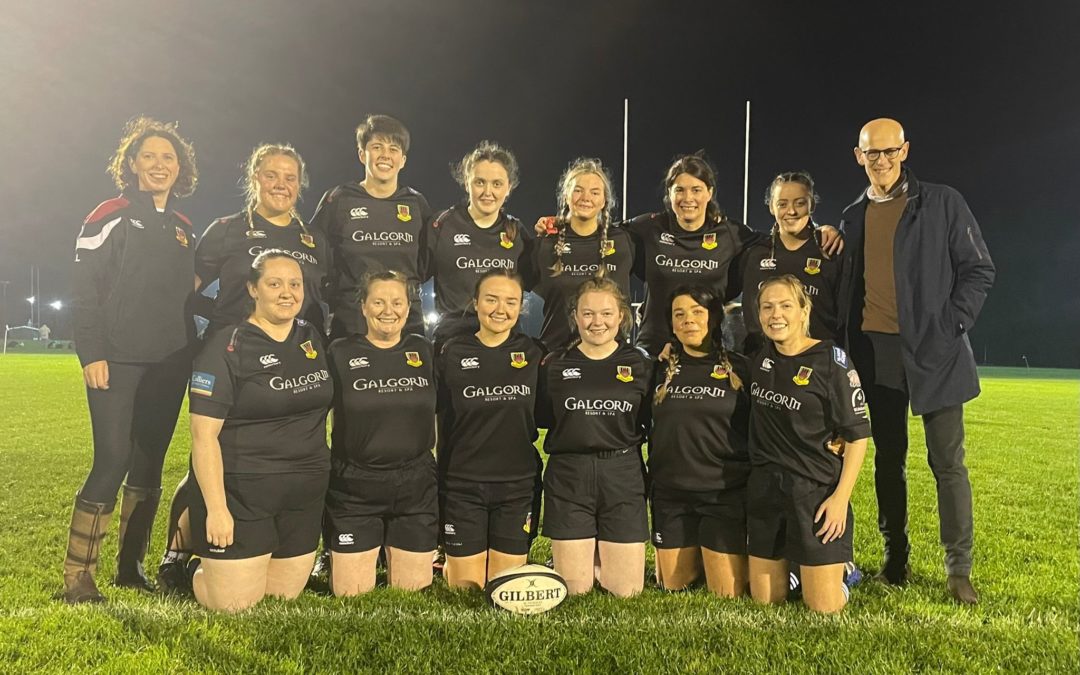 On Friday night the Senior Women created history at Eaton Park for their first ever home game, led out by captain Ciara Fraser.

An unfortunate start for the Ballymena squad due to injury and illness in the warmup, saw the girls not being able to have any subs.

A pumped up Ballymena Women’s team, set out onto the pitch and applied good pressure from the off. After some good phases from Ballymena, a turnover in possession spoiled what was a good first 10 minute block, allowing Rainey to score the first try of the night.

Ballymena fought their way back into Raineys 22 with good carries from Rachel Jamieson and Kirsty Hill. With a spill in possession, Rainey capitalised to go the length of the field to score. This concluded the first third.

After the break, Ballymena’s Angie Currie and Kathryn McKeown fought hard at the breakdown and created a turnover in possession. Sustained Ballymena pressure resulted in a number of penalties in Raineys 22. Off the back of this Ballymena’s Gina McAuley scored what looked to be a well worked try, but the referee deemed it held up on the line. Resulting from this Rainey were able to clear their lines.

Not to be disheartened Ballymena continued tackling hard in defence with bone-crunching tackles from experienced player, Kirsty Hill. Unfortunately, Ballymena couldn’t hold Rainey out as they finished off a fine team try. Concluding the second third.

In the final third, skipper Ciara Fraser showed class to create an opening for Hollie Weir, who showed great determination to be tackled just short of the Rainey line. But after multi-phases of play, Ballymena’s Laura Millar successfully crossed the white wash. This was expertly converted by Hollie Weir.

Ballymena can take great heart from their performance, which on the night, the result wasn’t in their favour.

Congratulations must go to Rainey for a fine team performance. Ballymena’s coach Callum Patterson was very proud of how the team performed and showed great character, especially in defence. The result did not reflect how well the team played.