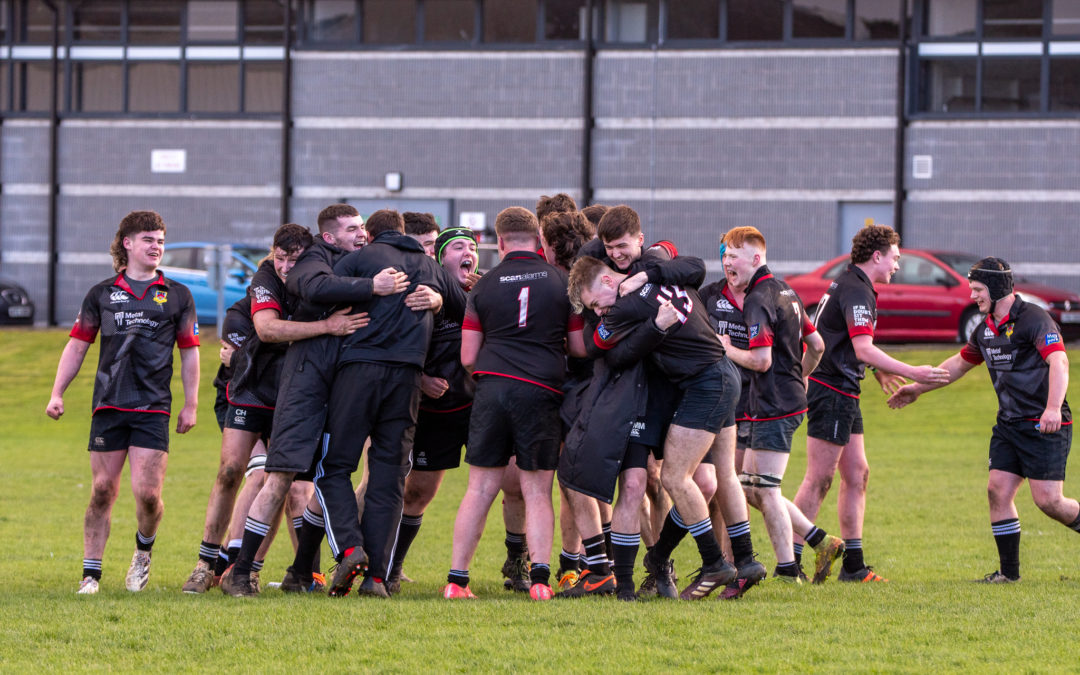 Ballymena U18s were crowned Ulster Provincial League Champions last Saturday with a win over Belfast Met Rugby Academy in a hard-fought game that saw the lead switch several times before a last gasp try sealed victory for the Braidmen.

In a great advert for youth rugby both teams battled out a keenly contested game in front of a large crowd in Belfast.  It was Met who dominated the opening exchanges with some nervous looking handling from Ballymena giving away possession and giving Met field position; and it was the Met who had the first opportunity to put points on the board through a penalty kick, but the windy conditions made it tough for the kicker who pushed his attempt wide.

Ballymena started settling into the game and half backs Thom and O’Rawe started to dictate the game. A lovely, delayed pass from fly half O’Rawe gave flying wing McCann space along the blind side touch line and he showed a clean set of heals to the chasing defenders to score on 12 minutes.

The next 20 minutes saw both packs in an arm wrestle and some enterprising expansive play in both sets of backs, but defences were on top before a series of missed tackles allowed Met to score their first try which was duly converted to give Met a 2 point lead.

Met used the strong wind to kick deep putting pressure on the visitor’s back 3, but the McSparren brothers at full back and wing coped very well and Flankers Shaw and Surgeoner were a constant thorn in the Met side, disrupting line out ball and contesting the breakdown and pressuring the fly half.

The Braidmen started to come back strongly and with Met guilty of giving a series of penalties away near their own line deep into the first half; the Ballymena pack took over and forwards kept the ball tight and drove hard through a series of phases before hooker McCartney scored on the stroke of half time to take the visitors into the lead at the break.

The second half was a more fractured affair with both teams infringing at the breakdown.  Met were the team that capitalised on this and scored next taking the score to 14-10 to the home team.

Ballymena had to dig deep and carries and hits from the pack in French, Addison, Gatt and Houston put relentless pressure on the Met defence, who held their shape very well. This pressure from the Ballymena forwards built a platform for the backs to try and get wide, and great play in the centre from Read and Gaston created space for McCann to again sprint clear of the defence to score – the extras were added by O’Rawe to take the score to 14-17 to the visitors.

Replacements Thompson, Heggerty, Stirling and Crabbe all came on and added much needed fresh legs through the second half and all made valuable contributions in defence giving a much needed boost to a tiring Ballymena team who were under pressure.

However, Belfast Met were far from beaten and caught the visitors on the back foot when they took a quick tap penalty near the Ballymena line and scored after a pick and go by their pack. Met now lead 19-17 with just minutes to go.

Ballymena under 18s have prided themselves on team spirit and this was on show as they once again edged into Met territory from the restart. A huge carry from second row Carson broke 3 tackles before he was caught inside the Met 22.  As the clock went dead a platform was set up for the forwards who smashed their way through over the gain line through a number of phases before hooker McCartney again found himself over the line at the bottom of a pile of players having touched down for the winning try and break Met hearts.  O’Rawe converted to take the final score to 19-24.

Overall a great advert for youth rugby, a game played in the right spirit by both teams and a credit to the players involved; both teams will feel proud of the effort and endeavour they showed. 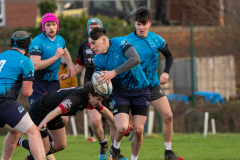 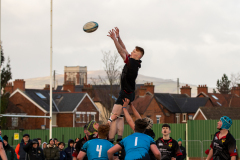 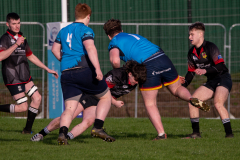 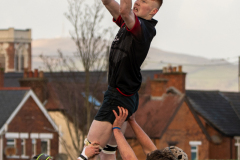 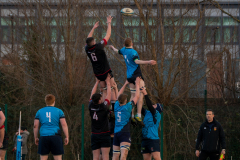 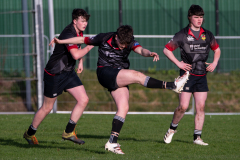 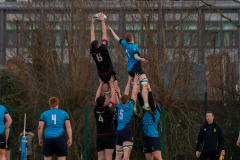 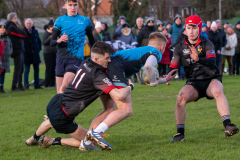 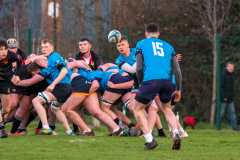 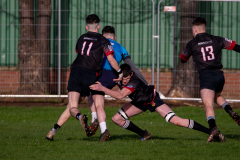 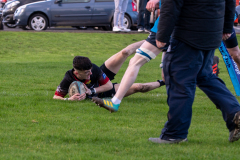 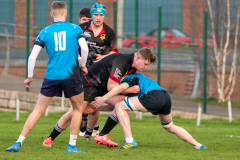 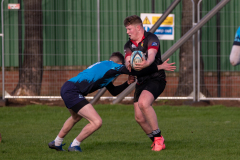 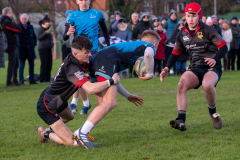 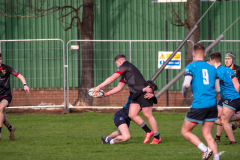 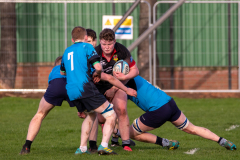 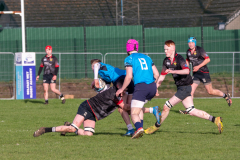 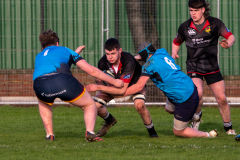 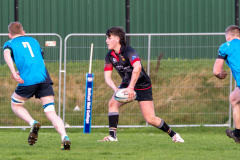 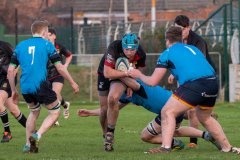 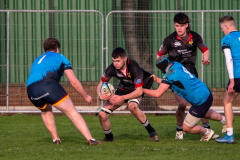 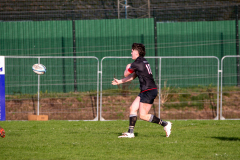 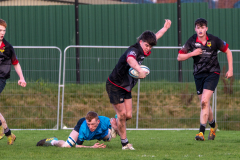 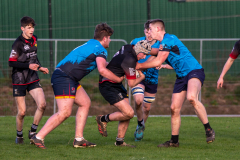