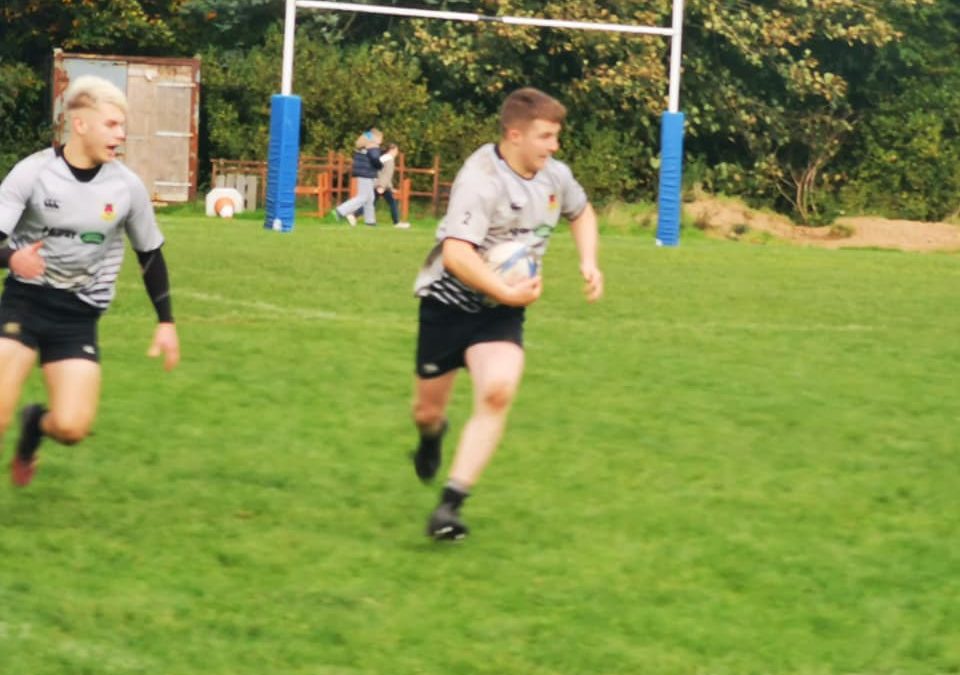 The U18s maintained their momentum in what has been an excellent start to the season with a convincing home win against Virginia.

The Cavan team were sitting joint second in the league table before taking the long journey to Eaton Park to face the U18s in a repeat of the 2018 Ulster Carpets Cup final.

The home team were full of confidence and started well with some quick thinking from Ryan Thom who pounced on a loose line out and scuttled over the line for a try on 5 minutes.

The home side maintained field dominance and only some loose handling and a string of errors prevented further scores as Ballymena stretched the visitor’s defence time and time again.

The second try came from a familiar source in full back Jack Gaston who was released by winger Mark McSparren to counter attack after McSparren fielded a Virginia clearance kick. Score 12-0.

Virginia battled bravely and tried to gain territory through the boot of their 10, however the safe hands and counter attack from Read, McSparren and Gaston were always on hand to field any danger.

Fly half O’Rawe now dictated the pace of the game and with Virginia infringing a lot at the breakdown he kicked well for field position pinning the visitors in their own half.

It was from this field position that the forwards went through a number of phases of pick and go withing the visitor’s 22 before Thom released the backs and Rhys Thompson crossed the line after some slick handling.

Ballymena came straight out of the blocks in the second half when the forwards took control and found a hole in the Virginia defence and a clean break in the middle of the pitch was halted on the line, but a series of pick and go’s saw captain Jack French getting his name on the scoresheet.

Ballymena were now dominant and started to eliminate the handling errors, second rows Craig Houston and Timmy Carson constantly broke the defensive line and were ably supported by the excellent back row trio of Ryan McCartney, Ben Shaw and David Surgeoner, who got through an immense amount of work.

Virginia fought their way back in to some field position 10 minutes in to the second half with their pack hitting up around the corner through a number of phases; but their progress was halted by ferocious tackling from the Ballymena pack with Johny Wylie getting through a lot of work.

Following this good defensive set Ballymena turned over the ball and quick hands and a long pass from O’Rawe released Gaston for his second try. 31-0.

The visitors now looked beleaguered and the home side hungry for more as the Callum Gatt and James Stirling secured ball in the middle of the park and impressive captain Jack French hit up the middle and showed a good turn of pace to keep going to the line.

The day ended with winger Mitchel going over after the ball was thrown wide from a penalty lineout.

Ballymena were excellent in the second half and offered a constant threat both in the close channels and out wide when they looked after the ball.  Perhaps most pleasing is the third clean sheet in as many games as they steadfastly defended against a larger, more physical team. 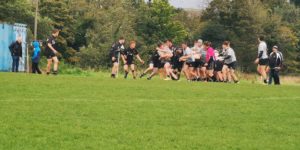 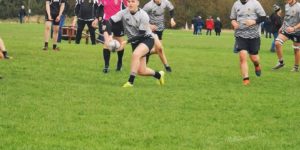 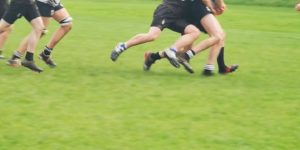 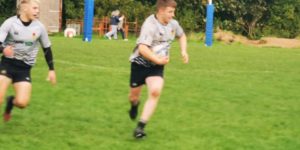 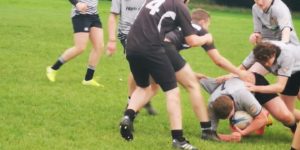